Abu Dhabi FP1: Verstappen ahead of Bottas as Hamilton takes it easy 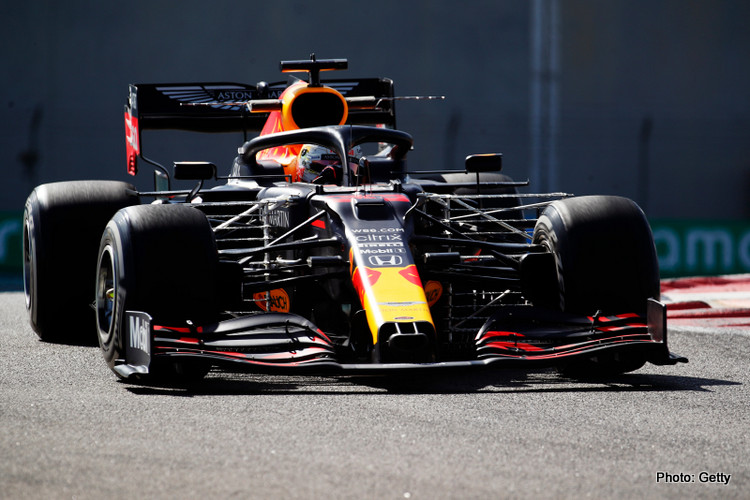 Whether a vision of the near future or a mirage, Red Bull’s Max Verstappen was fastest in first practice for the Abu Dhabi Grand Prix on Friday.

Taking place under the afternoon desert sun, the first session at Yas Marina circuit runs in conditions relatively dissimilar to that the drivers will experience on Sunday evening, but Red Bull will nevertheless be pleased to start the weekend with a narrow lead over world champions Mercedes, with Verstappen’s best effort of a 1:37.308 edging him 0.034 seconds clear of Valtteri Bottas.

Conspicuously absent from the top of the timesheets was Bottas’ teammate Lewis Hamilton, who in his return from a coronavirus-induced opted suffered early brake issues and opted to only run hard tyres on his way to a fifth-best time of 1:38.744, 1.366s off the pace.

Outside of Hamilton, the other notable story of the session was the FP1 debut of Mick Schumacher, the freshly-crowned Formula 2 champion and Haas 2021 signee finishing an unremarkable 18th with his new team, albeit a very remarkable 2.834s ahead of teammate Pietro Fittipaldi.

Otherwise, the session was a relatively straightforward one. Renault’s Esteban Ocon and Red Bull’s Alexander Albon were the prime beneficiaries of Hamilton’s slow start – the former in third, 1.137 off the lead, the latter 0.032s behind him after getting away with a mid-session spin.

Outside the points-paying positions, McLaren and Ferrari alternated places in a run through 11-12-13-14, Carlos Sainz ahead of Charles Leclerc, and Lando Norris besting Sebastian Vettel.

Alfa Romeo reserve Robert Kubica was 15th, ahead of the Williams pairing of George Russell and Nicholas Latifi.

Bringing up the rear of the runners were the aforementioned Haas’, with Renault’s Daniel Ricciardo off the timesheets entirely due to a fuel pressure issue. 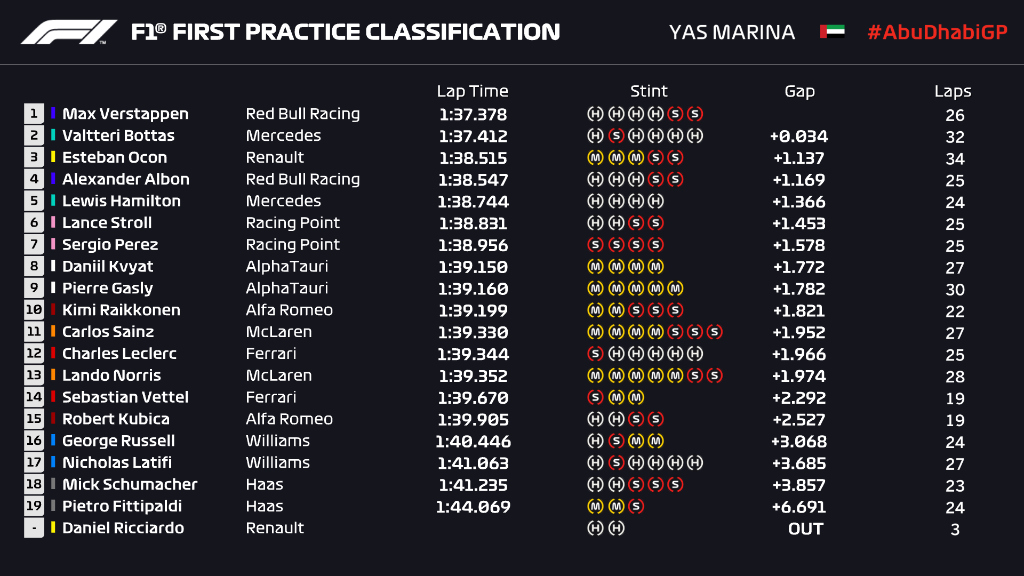