Russell in at Mercedes for Abu Dhabi if Hamilton still unfit 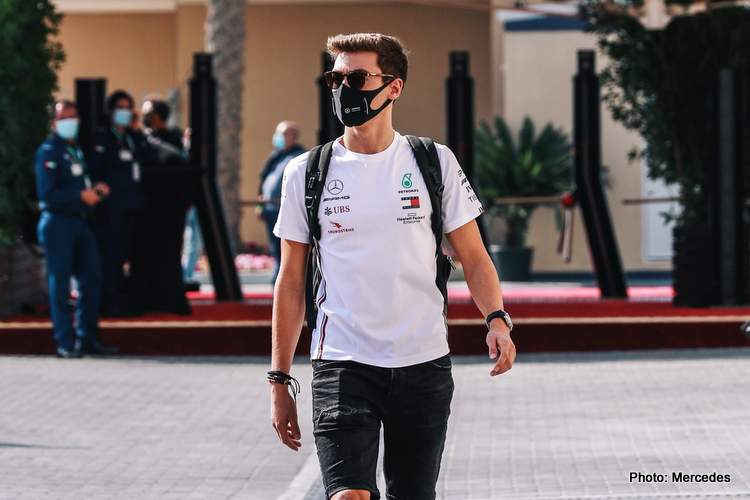 The fairytale is set to continue for George Russell as he looks set to again substitute for recovering Lewis Hamilton at Mercedes, this time for the Abu Dhabi Grand Prix.

This report is updated here>>>

Famously, the regular Williams driver was drafted into the World Champion’s car for the Sakhir Grand Prix, last Sunday, and might have won the race had Mercedes not made an uncharacteristic gaffe on an enthralling race in Bahrain.

The scene is set for a repeat, this time 22-year-old George has a second chance at doing something special to match his incredible antics on an unforgettable evening. The same beckons this weekend for Abu Dhabi Grand Prix.

Until to day it was not known if Lewis would return, but walking into the Yas Marina Circuit waring a Mercedes Petronas t-shirt, it appears he will be donning the Black overalls of the Champions yet again. He will team up with Valtteri Bottas again.

Although yet to confirm the swap, Mercedes retweeted George’s message suggesting the decision is made.

“We´re still waiting to get Lewis´s results back. For now, we are going ahead as planned. If Lewis returns with a negative result, he will be back in the car,” he told media in Abu Dhabi on Thursday.

Max attack this weekend either way. Let’s sign off this mad year on a high 💪