Perez: I want to do it many more times again 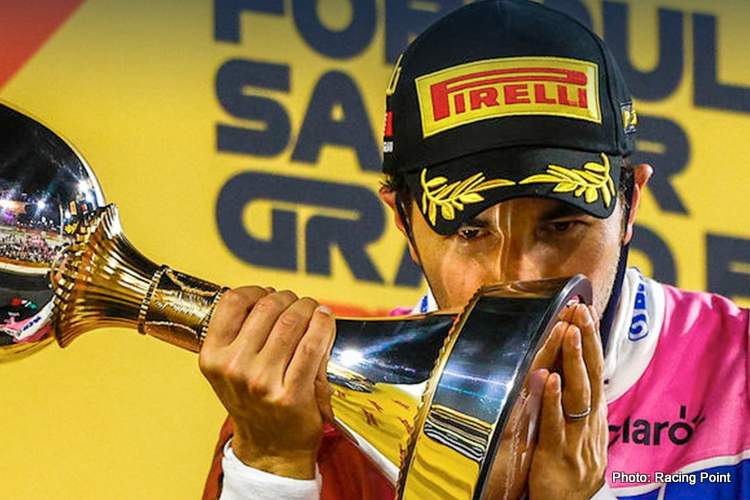 Sergio Perez´s first win has whetted his appetite for more, with the Mexican saying on Thursday he is determined to make a Formula 1 comeback in 2022 if he is forced to sit out next season.

The 30-year-old, who won last weekend´s Sakhir Grand Prix for Racing Point, heads into Sunday´s Abu Dhabi finale uncertain whether he will be on the grid next year because he is being replaced at the Silverstone-based team by Sebastian Vettel.

Speaking ahead of the Bahrain Grand Prix, Perez had said he would sit the year out if he doesn´t get the drive and figure out whether he wanted to return to Formula One.

But a taste of success has changed his mind.

“I believe that I´m at the peak of my career and the best years are ahead of me,” Perez told reporters via video conference from the Yas Marina circuit. I want more in the sport.

“After you do the first one you know that you can do it again and I want to do it many more times again.”

Perez, who made his debut with the Sauber team in 2011 is enjoying one of his strongest seasons in Formula One.

He is fourth in the overall standings despite missing two races after contracting COVID-19.

The Mexican´s only option to stay in Formula 1 next year is a seat at Red Bull, with the former champions weighing up whether to retain under-pressure Alexander Albon alongside Max Verstappen for next season.

Red Bull, whose motorsport head Helmut Marko was among the team bosses who sent Perez a congratulatory message on his win, have said they will take a call on their driver line-up after the season.

“I´m not fully in control of my future at the moment,” Perez said. It´s something that bothers you obviously.”

He denied his win proved a point to Racing Point management owned by billionaire Lawrence Stroll, who took the call to replace Perez with the struggling Vettel and whose son Lance drives the team´s other car.

“Big credit to Lawrence because when he came to the team, thanks to him, in a way, this victory came through,” said Perez.

“He´s taken the whole team into a different level with the level of investment he has done and I´ve been able to take advantage of that with that win,” he added, ahead of his 195th Grand Prix start which started with his debut in Australia in 2011.

Set your reminders! Here’s your guide to when to tune in for the final race weekend of the year ⏰#AbuDhabiGP #F1 pic.twitter.com/ddK9Gl9sCJ