Allison: One tiny mistake caused all that mess 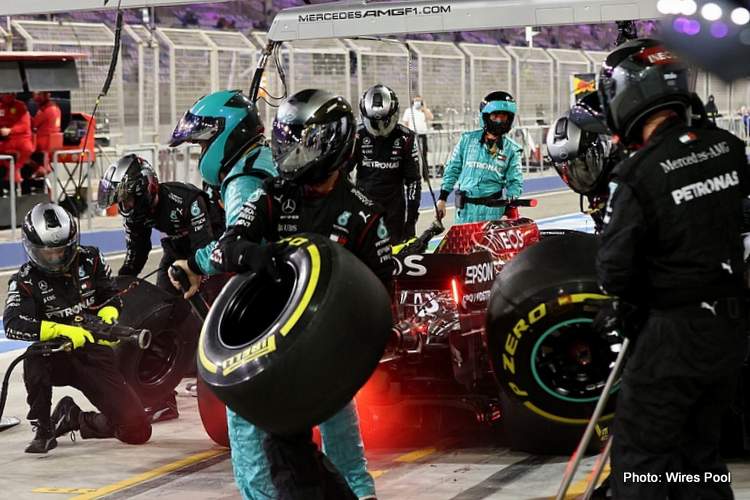 The mistake meant Russell, standing in for Lewis Hamilton after the seven-times champion tested positive for COVID-19, had to pit again. He ended up ninth after a late puncture dealt a further setback.

Bottas was meanwhile held for an agonisingly long time in the pits before the team put his original worn tyres back on.

“The pitstop problem has uncovered an underlying problem with our intercom, and we’ve put measures in place, both technically and in the way we operate, to make sure it doesn’t happen again,” said Wolff ahead of the season-ending race in Abu Dhabi this weekend.

Technical head James Allison explained that the radio problem had lain undetected and could have struck at any point in the last few years, “The radios that the pit crew use can only hear one voice at a time.

“They (the crews) are normally listening to their boss on the pit wall, Ron Meadows, who will tell them when they need to come out into the pit lane in order to do a tyre stop.

“But their radios are not just tuned in to Ron Meadows, they are also tuned in or they are scanning to listen to the driver.”

Allison said that at the point Meadows was calling on the pit crew to double stack, Russell was talking to half of the people on his side of the garage who could hear only him and not the instruction.

“That meant that when everyone came out into the pitlane to execute the stops, only half of George’s tyres arrived,” he added.

“One tiny mistake, programming the radios in a way that they could override hearing this really important call from Ronnie Meadows on the pit wall is what caused all that mess.”