Wolff: We’ll know closer to the time if Lewis is driving 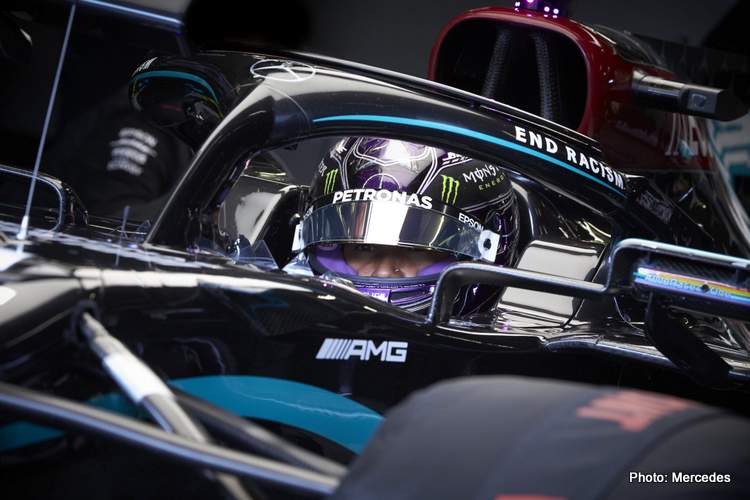 George Russell might yet have a second crack at driving Lewis Hamilton’s Formula 1 World Championship winning car, as Mercedes team boss waits on the condition of his star driver before giving the younger driver another crack at it.

Lewis was forced to miss the Sakhir Grand Prix last Sunda due to a bout of COVID-19, George was the substitute and the rest, as they say, is history. The 22-year-old ticked every box on a weekend in which fate had a cruel and now well-told script for him.

But ahead of the season finale, Lewis is keen to return and appears to be on the road to recovery but will time be on his side to be declared fully fit by Friday? Day one of the Abu Dhabi Grand Prix weekend.

Team boss Toto Wolff revealed in his race preview, “There are still some question marks over who will be in the car this weekend in Abu Dhabi.

“Lewis’s condition is improving, but we won’t know until closer to the time if he will be driving. We’ll do everything we can to get him in the car and we know he’s determined to be back as soon as possible. But his health is our main priority, so we will see what the situation is and then make the call.”

In Lewis’ absence, Mercedes were a parody of themselves during the race at Sakhrir last Sunday, their slick crew seldom erring with such huge implications as they did on a Sunday in which they denied their drivers victory. It’s hard to recall a team messing up so blatantly, live during a race.

Wolff continued, “We head into the final race of the season looking for redemption after a disappointing race in Sakhir, where both George and Valtteri lost the opportunity to win. The pit stop problem has uncovered an underlying problem with our intercom, and we’ve put measures in place, both technically and in the way we operate, to make sure it doesn’t happen again.”

With both world titles long ago wrapped up, Mercedes intend making the most of the finale at the ultra-plush Yas Marina Circuit and have plans for the weekend.

“We have a very special surprise this weekend in Abu Dhabi for our team members,” revealed Wolff. “We’ll be running a slightly different livery on Saturday and Sunday featuring everyone’s name on the car to honour the huge commitment and determination from everybody in Brixworth and Brackley.

“Everyone has pushed hard this year, raising the bar through this massively intense season, and we hope this gesture goes some way in showing the appreciation we have for everyone involved.

Abu Dhabi is always a fun race weekend with the end of season vibe and an interesting track for the engineers to tackle.

“The atmosphere will be slightly different this year with the COVID-19 control measures, but we’re as motivated as ever to end the season with a strong result and head into the winter break on the right foot,” added the Mercedes team principal.

Red Bull did a similar thing once upon a time:

@redbullracing dis something similar with mugshots on the livery of their car #wingsforlife
Maybe the #unsungheroes can get their faces (or names) on the @MercedesAMGF1 cars #F1 https://t.co/eZYoKSxUjx pic.twitter.com/nMf5demz5j