Verstappen: Nothing to lose so it’ll be “full send” in Abu Dhabi 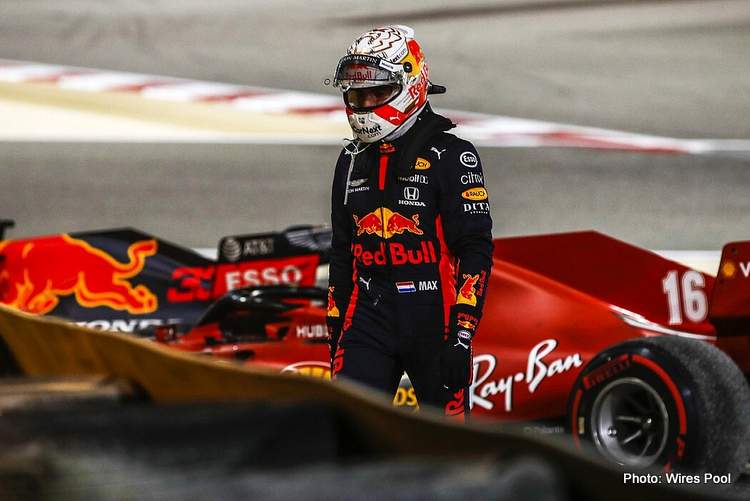 As Formula 1 sets up camp in Abu Dhabi, Max Verstappen is in “full send” mode as he seeks to make up for the disappointment of a first lap DNF in Bahrain last weekend.

Heading to Yas Marina, Max appears to still be smarting after being forced to take avoiding action, as Charles Leclerc’s messed-up on lap one of last Sunday’s Sakhir Grand Prix, in an incident which eliminated both drivers.

Of course, much has been written about the incident, Charles took the blame yet again for a sim racing move that was never on, which sadly also stole two key players from what was an incredible race. The Stewards also hit the Ferrari driver with a grid penalty due to his shenanigans.

In the Red Bull team preview of this weekend’s Abu Dhabi Grand Prix, Max appears to have remained aggrieved,  “It’s still frustrating, we had a quick car and I was looking forward to having a good race for the Team.

“There were three times during that opening lap that I tried to avoid contact but everyone seemed pretty aggressive and there wasn’t much more I could do.

“I respect Charles as a driver and these things happen to us all at some point but my race was destroyed and that is also not nice for the Team as they also deserved a good result. The grid penalty for the next race doesn’t really mean much now as we can’t change the result but these things happen and we all move on.”

Max is owed a strong result, make that a win, as he has single-handedly spearheaded Red Bull’s attack this year while his teammate Alex Albon still struggles to find his feet and hold the team back.

Nevertheless, Yas Marina race day could provide opportunities which Max is always eager to prance on, “I’m looking forward to Abu Dhabi and I enjoy the track.

“Coming from such a short circuit without many corners it will be good to get back to a more normal track with 21 corners. We finished second here last year and we have nothing to lose this weekend so it will be ‘full send’ he added.

The season was severely curtailed and rearranged due to coronavirus, the impact of which Max says affects his crew more than him, “It has been a crazy season and we now have one last push in Abu Dhabi and I think many of the team members are ready for a break.

“It’s been so intense for them and although we all love racing everyone is ready to be with their families and enjoy some time out. Although being second or third in the Drivers’ Championship doesn’t really make a difference to me, we will of course still be pushing for another win.

“As long as the Team are pushing, which you can see from the upgrades and fastest pit stops, then I am of course pushing,” added Max who will be seeking his tenth Grand Prix victory on Sunday.

🗣 “We finished second here last year and we have nothing to lose this weekend so it will be ‘full send’.” @max33verstappen ahead of the #AbuDhabiGP 🇦🇪 #ChargeOn 🤘 pic.twitter.com/lrgyo3Dknx