Ricciardo: I want to end it on a high 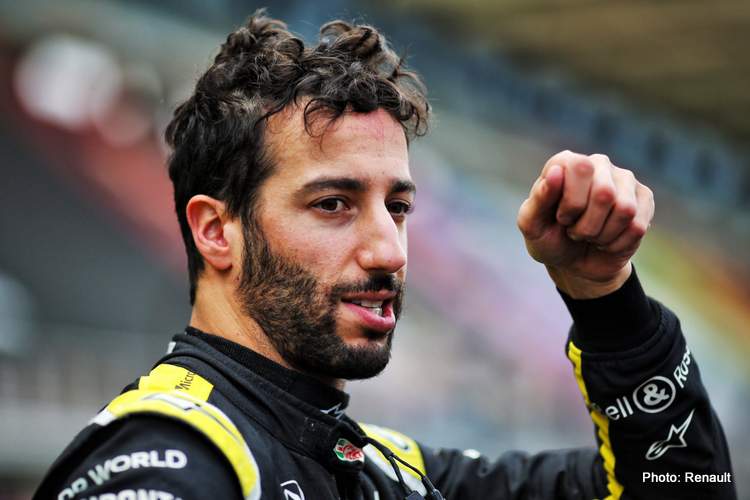 For some reason when Renault announced Daniel Ricciardo for the 2019 season it never seemed that it would be a long term deal and indeed his 37th race at this weekend’s Abu Dhabi Grand Prix, will be his last in yellow and black before he departs for McLaren.

In the two years together the partnership strengthened and, despite never in podium contention, thanks to the kit at his disposal as he was previously at Red Bull, the Australian managed to assert himself as one of the top three or four drivers of this generation.

Ahead of that final night with the French team, Daniel said, “It’s my last race with the team and I want to end it on a high and leave knowing we gave everything to the very end. Fourth and third in the Drivers’ and Constructors’ Championship is still up for grabs so there is a lot still to play for.

“The track is a fun one, but it’s quite difficult to overtake so qualifying will be important. It’s very different to where we just were on the outer circuit in Bahrain, but we come here on a high following the result last weekend.”

Daniel lies fifth in the championship standings with only the final round to go, 13 points behind Racing Point’s Sergio Perez and 14 up on Charles Leclerc in fifth.

The Frenchman said, “It’s been a dream to not only race in Formula 1 but to be on the podium, so to achieve that is very satisfying. Now I’ve had that feeling, I only want to have it again and we’ll continue to fight to achieve more results like that.”

Renault are fifth in the F1 constructors’ championship on 172 points with McLaren on 184 points.