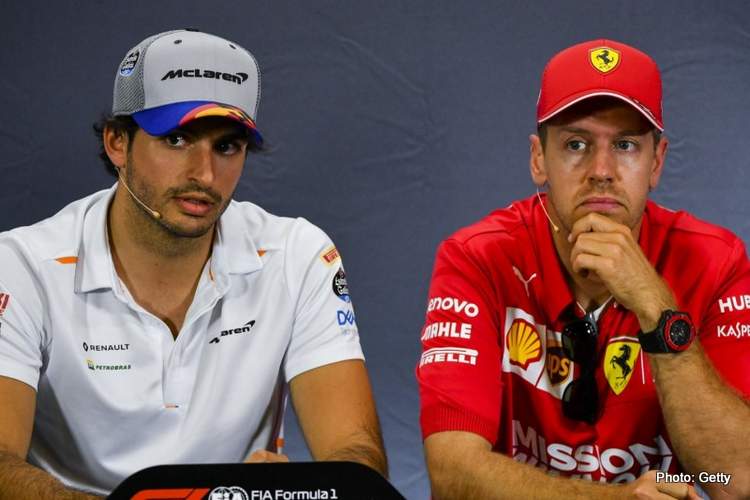 Sebastian Vettel and Carlos Sainz will not be able to drive for their new Formula 1 teams at the season-ending Young Driver Test in Abu Dhabi, despite the inclusion of 39-year-old Fernando Alonso.

Following the news that the FIA will allow two-time F1 world champion Alonso a special dispensation to drive for Renault ahead of his return next year after a two-year absence, Ferrari and Racing Point lobbied for similar allowances on behalf of Sainz and Vettel respectively.

Under FIA regulations, the Young Driver Test is usually not open to drivers who “have competed in more than two F1 world championship races during their career… Unless otherwise approved by the FIA”, and while neither Ferrari nor Racing Point originally intended to run their incoming drivers, the inclusion of Alonso led them to try their luck.

However, in an email revealed by RaceFans, F1 race director Michael Masi explained that the FIA would not extend the same courtesy to Vettel and Sainz on account of their participation in the 2020 championship.

“For drivers who have participated in more than two F1 races in their career, the FIA’s approval, under Article 10.5 b) ii), will be subject to the condition that they have not competed in any Formula 1 races during the 2020 season,” Masi wrote.

As a result, Vettel and Sainz will have to wait until preseason testing in March for their first drives with their new teams. At the same time, it is expected other F1 veterans such as Sebastian Buemi at Red Bull and Robert Kubica at Alfa Romeo could be joining Alonso for the test at Yas Marina Circuit on December 15.