Wolff: A new star is born, the sky is the limit 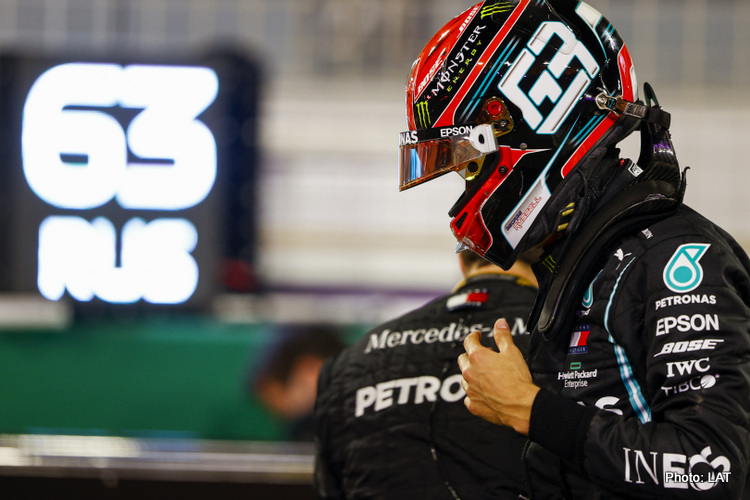 Mercedes boss Toto Wolff has paid further tribute to stand-in driver George Russell, insisting Sunday’s missed Sakhir GP victory will not be the last opportunity he has to win a race.

In what would have been a remarkable story for Formula 1, Mercedes junior Russell, who is filling-in for the ill Lewis Hamilton, was leading the race until a botched pit stop under the safety car on lap 63 saw him fitted with teammate Valtteri Bottas’ front tyres. Demoted to fifth, the Briton was making his way back through the field when he sustained a puncture, from which he could only recover to ninth.

Speaking afterwards to Sky Sports, Wolff said that despite the disappointing result, Russell had proven why he was such a highly-regarded prospect for the future.

“It was very emotional,” he admitted. “If in your first race in a Mercedes and you should have won it for driving a monumental race, then there is not a lot you can say.

“This is not going to be his last attempt to win race. It is just the beginning of a fairytale that didn’t work out today. I would say a new star is born.”

Pressed on whether he believed Russell could follow in the footsteps of Hamilton as a F1 world champion, Wolff said: “Lewis is the absolute benchmark. No-one is anywhere near him, [but] today we have seen a new generation coming up that can be really strong. The sky is the limit.”

As to the question of whether Hamilton would be back in time for next week’s season finale in Abu Dhabi, Wolff was unsure.

“We need to see how well Lewis recovers,” he said. “The most important he is well. He said he is a bit better today. If he tests negative then it is his car. If the test is positive then George is in the car.”