In The Pitlane: Formula 1 and the Middle East 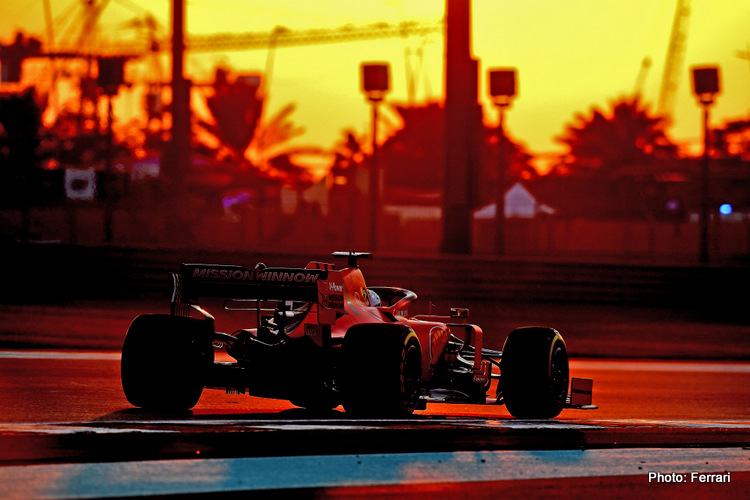 As the Formula 1 circus leaves Bahrain and heads to Abu Dhabi, both countries with poor human rights records, the sport lays out to the world where it stands on the Middle East.

Chase Carey told CNN Sport, “I think we’re proud of our commitment to human rights. We are very proud of our partnership here in Bahrain. We’re proud to partner with Bahrainis. We’re not a political body. We’re not an investigative body.

“We have honest discussions with our partners … about our values and what’s important to us and we’re very comfortable in the alignment we have with the partners that we have around the world.”

After the recent announcement of the inaugural Saudi Arabian Grand Prix Carey commented, “Saudi Arabia is a country that is rapidly becoming a hub for sports and entertainment… and we are very pleased that F1 will be racing there from next season.”

F1 has also issued multiple statements claiming sport is a force for good and change!

Amnesty International has called on F1 drivers, owners, and teams to consider speaking out about the human rights situation in Saudi Arabia.

The fans did, an early poll on the F1 official site fans voted 64% against the Saudi race with 18% in favour.

The FIA is impotent as the responsibility for the calendar falls within Liberty’s remit after a deal struck in 1995 and extended in 2001 by then-President Max Mosley and long-time friend Bernie Ecclestone the FIA would be exposed to legal action if it refused a race on ‘political’ grounds.

Even with the best will in the world, the drivers will be hard-pressed to initiate change.

So, with Liberty on board, the FIA powerless and the drivers limited what about the teams?

The teams seem to be endorsing a race in Saudi Arabia saying they hoped F1 can “bring positivity”!

Christian Horner commented, “When we sign up for a world championship, we don’t dictate where that calendar goes, but we sign up to race in every race.

“We trust the commercial rights holder, also the governing body, to have done the necessary research and to make those decisions that are right for the interests of the sport.”

Toto Wolff commented. “Sports should unite, so I think that’s the way we should see it. I think we should simply understand that we can be a vector of positivity and that’s important.”

Mattia Binotto added, “I think that sport, wherever it is, whatever it is, it’s always positive and I think the sport is a positive message always.”

So, it looks like the teams are on board, but their compliance is like most issues in F1 down to money.

Mercedes, Ferrari, McLaren, Aston Martin, Alfa Romeo, and Renault all have dealerships in the Kingdom but to get a clearer picture we must look at the team’s sponsors financial involvement in Saudi Arabia.

Mercedes title partner INEOS last year signed an agreement with Saudi Aramco and Total to build its first-ever plants in the Middle East.

Jim Ratcliffe Chairman of INEOS said, “The timing is right for us to enter this significant agreement in Saudi Arabia with Saudi Aramco and Total. We are bringing advanced downstream technology which will add value and create further jobs in The Kingdom.”

Ferrari’s sponsor Shell are involved in a joint venture since 1956 with the Saudi Aljomaih Holding Company owning a lube oil blending plant in Riyadh.

Shell sells its specialty lubricants into the kingdom from Shell plants worldwide.

Ferrari are of course intricately linked with cigarette giant Philip Morris International with the cars running the mission winnow logos.

12% of Saudis smoke and the $1.3bn market is dominated by British American Tobacco (sponsors to McLaren) Imperial Tobacco and Phillip Morris International.

Alfa Romeo’s main sponsor PKN ORLEN in 2019 agreed to a contract with Saudi Aramco Products Trading Company, a subsidiary of the Saudi oil producer to import up to 800,000 tonnes of Saudi crude oil over six months.

This is strategically important to ORLEN as it guarantees stability of supply to ORLEN’s refineries in Europe.

Under a separate contract, the supplier from Saudi Arabia has committed to purchase heavy fuel oil from ORLEN.

Then we come to the Red Bull where things get a little more complicated.

The Saudi government also banned the sponsorship of sporting events.

The Middle East in general is an important market for Red Bull and its brand is well established in Saudi Arabia.

Has Red Bull lobbied Liberty Media to put pressure on the Saudis to allow Red Bull branded cars to race in Riyadh?

There may be hope for the company on this front as this year’s Dakar rally started in Jeddah and saw Red Bull branded competitors and the Red Bull KTM riders all competing.

Let us not forget McLaren which is 56% owned by the Bahrain royal family’s Mumtalalkat investment Company.

Bahrain relied on a Saudi-led military intervention to crush domestic unrest during the Arab Spring.

Bahrain banks in Saudi Arabia, and other countries, for financial support as it struggles with debts. Say no more.

So, in the coming months, there will undoubtedly be harsh statements, petitions, protests, and calls for a boycott but all the vested interests will win the day, cash is after all king.

On a footnote: If you want an example of a sponsor wielding its influence look no further than Sauber and its deal with Alfa Romeo for the naming rights to the team.

In a deal-breaker, Alfa Romeo demanded an Italian driver in the car before they would commit to another season which led to the shock re-signing of Antonio Giovinazzi over the rumoured favourite Mick Schumacher.

This is an opinion piece by Garry Sloan is the author of “In the pit lane – F1 exposed” details at inthepitlane.com
Copyright ©2020 Garry Sloan