Albon: I don’t understand quite how it unfolded 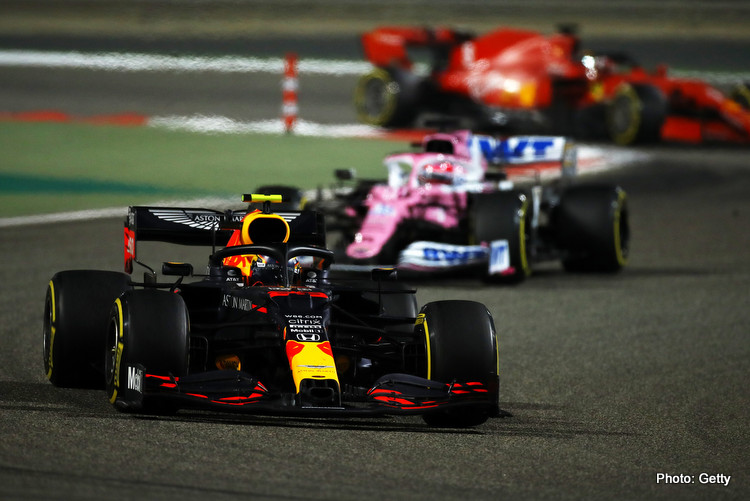 Red Bull driver Alex Albon admitted that he does not quite “understand” how the Sakhir Grand Prix played out in the way that it did.

The Thai driver started the race in 12th and finished sixth, but with both Mercedes facing delays in the pits and Max Verstappen being forced to retire on the opening lap, he would have been expecting to fight for the win.

However, during the Grand Prix, Albon bemoaned his inability to make overtakes and failed to move through the field, while Sergio Perez came from the back of the grid to win the race.

Speaking at the chequered flag, the 24-year-old said that he did not feel he delivered a poor performance.

“It wasn’t bad, I don’t think it was a bad performance, just one of those races where we were behind Sergio for most of that race and I don’t understand quite how it unfolded,” Albon said.

“He ended up winning the race and we finished up sixth. It was just tricky because the configuration we had downforce-wise was very hard to race with because we were good in the corners – well, Sector 2, where you can’t do anything – and then obviously Sector 1 and Sector 3 it was difficult. So I was doing these, really, dive-bombs into Turn 1 to overtake cars, which made it difficult.

Team boss Christian Horner refused to be drawn on speculation that Red Bull could replace Albon with Perez for the 2021 season.

“An incredibly frustrating end to the weekend with Max’s race being cut short on the opening lap through no fault of his own,” he said.

“He managed to avoid Valtteri [Bottas] who had a slide at Turn 2 which cost him a lot of momentum and then unfortunately [Charles] Leclerc misjudged his braking and hit Perez. Max was forced to take avoiding action and subsequently hit the barrier, which was a great shame as he would have been a real contender for the win.

“Alex survived contact in the opening lap but struggled for pace in the initial stint. He pitted for the hard tyre which he seemed more comfortable on and we then took a bit of a risk under the last Safety Car to put the soft tyre, on which he used to good effect to move up to P6.”