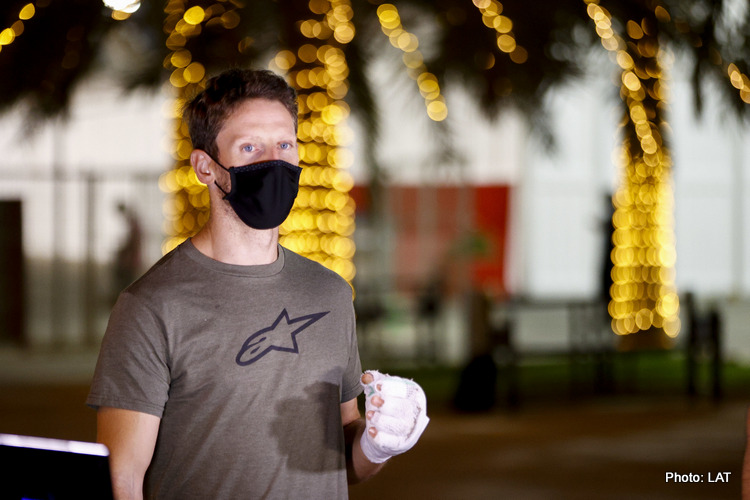 Formula 1 champions Mercedes would be willing to organise a farewell test for Romain Grosjean if the Frenchman, who escaped a fiery crash in Bahrain last week, is unable to return for the season-ending Abu Dhabi Grand Prix.

The 34-year-old’s Haas split in half and burst into flames after spearing into the barriers at high speed on the opening lap of the Bahrain Grand Prix.

While he walked away from the horrific smash, Grosjean suffered second-degree burns to his hands which have forced him to miss this weekend’s race around the outer layout of the same Sakhir desert track.

Grosjean is hoping to return for the Dec. 13 finale in Abu Dhabi, which is likely to be his F1 swan song.

But if he can not, Grosjean, who raced for Lotus (now Renault) and Haas during his career, said he would call every team on the grid to ask about the possibility of organising a test in January so he can say farewell to Formula One in a fitting way.

Mercedes on Saturday said they would oblige.

“If we are allowed to do this and nobody else within his universe of teams that he raced would provide him with such an opportunity, we would do this,” team principal Toto Wolff said.

Grosjean, who was discharged from hospital on Tuesday, has been at the track every day of the Sakhir Grand Prix weekend.

He has done a round of interviews and thanked in person Formula One governing body FIA’s doctors and track marshals for saving his life.

On Saturday he got back in his car, being raced this weekend by Haas’ Brazilian reserve Pietro Fittipaldi.

“Not my usual racing gloves on,” wrote Grosjean, his hands bandaged, in a caption accompanying a photo of the moment shared on his social media accounts.

“Sitting back in my Haas felt really good. I was so happy.”