Wolff: A colossal fuck-up, George should have won 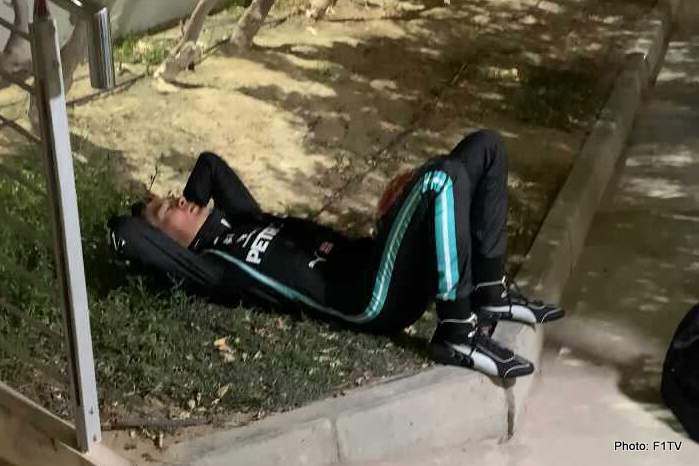 Mercedes boss Toto Wolff did not mince his words when he summed up his team’s pitstop gaffe that cost them a probable one-two finish at the 2020 Sakhir Grand Prix and cruelly ruined what might have been a fairytale night for super-sub George Russell.

The 22-year-old lit up the Formula 1 world with a sparkling start to his first drive in Lewis Hamilton’s title-winning car and led like a man possessed until a safety car triggered a pitstop from hell by Mercedes as they bolted Valtteri Bottas’ tyres onto George’s car which required another stop to rectify.

Undeterred but fuming, Russell emerged down the order to fit and started a mighty pursuit of the leader Sergio Perez and when in sight of the Racing Point a puncture robbed him of the second stab at victory.

It was a rare but mighty gaffe by one of the slickest crews in the pitlane, but the ball they (or whoever messed up) dropped will be a scar on their impeccable record

Team boss Toto Wolff was incensed, “Overall for us, it was a colossal fuck-up. It simply was that one of the tyre crews didn’t hear the call. It was a radio failure in the garage. The car came in, they didn’t know and changed the tyre for wrong tyre.

“It was a safety stop. We could have stayed out but had the gap. You can question it but I think it was the right call. I can’t even watch it. We overall we did a good job. Technical failures happen. We need to learn from it.”

In the team report, he continued, “Firstly, I want to say congratulations to Racing Point and Sergio on the victory, and Lance and Esteban for their podiums. It’s great to see a refreshing new podium and they did a brilliant job. Overall, we messed up in a major way today.

“Obviously, it was looking good for us until the Safety Car running in a strong one-two, we were fine on the Hard tyre and could have stayed out, but we had the gap for a free stop and we took that opportunity.

“I think it was absolutely the right call, but it was a late one and we had a radio problem, which meant we didn’t have the right tyres in the box. Which is why George exited with the wrong tyres and Valtteri left the pits on the same tyres he’d arrived with.

“Then we had to pit George again to correct the mistake. By then, the race was not lost and he battled back in an impressive way; but then he had the slow puncture and that dropped him back.

“These things can happen but obviously we need to investigate the problems, learn from them and move forward. It was heart-breaking for George after a monumental drive in his first race with Mercedes and he should have won.

“It didn’t work out today, but I’m sure this isn’t going to be his last attempt to win a race. For Valtteri, too, it was a difficult race and being on those old tyres at the end was hugely challenging.

“We’ll make sure we learn from this weekend and come back stronger in Abu Dhabi,” added Wolff.

At time of writing it was uncertain if Lewis would be passed fit and back in the car for the season finale Abu Dhabi Grand Prix next weekend. If not, George will have a second crack at the fairytale that nearly happened, but the fairies were in a macabre mood on the night.

In the opening of his team report, Wolff first praised the unusual podium, “I want to say congratulations to Racing Point and Sergio on the victory, and Lance and Esteban for their podiums. It’s great to see a refreshing new podium and they did a brilliant job.

In closing, worth noting that the winning car is essentially a copy of last year’s Mercedes sprayed Pink!

💬 “ What a race. Unfortunately, this time it didn’t go our way.” #SakhirGP pic.twitter.com/zwFJpraFeq