The Morning After: A win, or a loss? 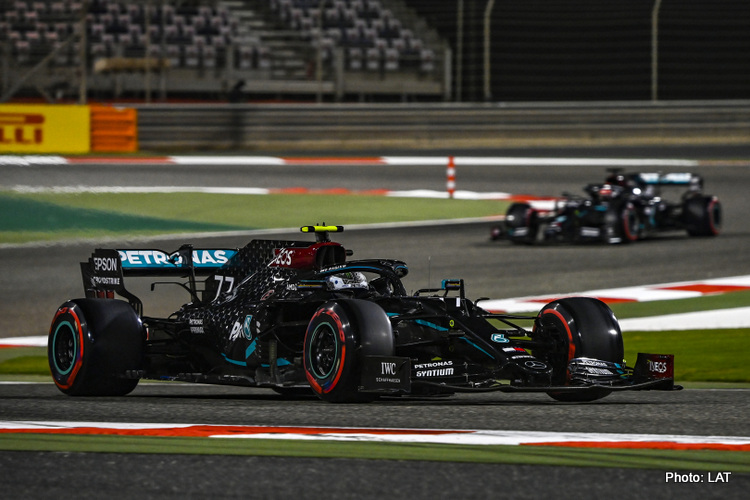 A qualifying session that saw Valtteri Bottas hold-off George Russell for pole by the barest of margins, Saturday at the Sakhir GP can be interpreted as a win or a loss for either driver.

If you’re looking for one word to sum-up qualifying for the Sakhir GP, that word would be ‘phew’. 0.026s seconds, it couldn’t be closer if you tried.

And frustratingly for people like myself who want to overreact and make grand proclamations based on every new morsel of evidence, it didn’t really do much to move the needle in the Bottas-Russell debate.

On paper, a 0.026s second win for Bottas is a win, and arguably even a bigger loss for Russell given his previously perfect 36-0 record in qualifying, but it’s also subjectively-speaking an L for Bottas and a W for Russell given the closeness of the margin and the latter’s unfamiliarity with the car.

Either way, it’s all to play for on Sunday. If his superior long-run pace on Friday was anything to go by, Bottas should be able to hold his advantage, but we’ve seen funny things happen to the Finn when he’s got a teammate in his mirrors, so what’s to say that doesn’t happen again here? Add in the ominous presence of Max Verstappen (starting on softs to the Mercedes’ mediums) from third and, well, things could get very spicy, very quickly indeed.

Because I can’t overreact to the qualifying result, I’m instead going to overreact to this screenshot of Helmut Marko talking to Sergio Perez in the paddock. Did he offer him a drive on the spot!?

Not that he had much of a choice, but still an absolutely baller move by Charles Leclerc to bang-in the fourth-fastest time in the first runs of Q3, then walk away from his car while the rest of the midfield failed to match it. Hell of a lap from a hell of a driver.

He may not be F1 material, but credit where it’s due: Nicholas Latifi came up clutch in holding-off a very game Jack Aitken at the end of Q1. The Canadian entered the final runs of the session behind his inexperienced teammate, but found just enough pace to save face, and in the inverse of regular teammate Russell, finally got a win on the qualifying-battle scorecard.

A two-stop strategy seems set to be the fastest approach to the 87-lap Sakhir Grand Prix, which is the highest lap count of the year. While the demands on tyres are a bit less than they were at the Bahrain Grand Prix, wear and degradation is still relatively high on the abrasive surface.

The fastest two-stopper should be two stints on the P Zero Yellow medium tyre of 26 laps each, plus one 35-lap stint on the P Zero White hard tyre (which could be the middle stint).

The slowest strategy is: soft for 24 laps, hard for 39 laps and a final 24-lap stint on the soft.

All of the above stints can be run in any order, and with the two frontrunners starting on the medium tyre, they have plenty of options – depending on the actual degradation rates that they encounter during the race, with track temperatures capable of falling over the course of the night race.