Wolff: Lewis is not great, but recovering 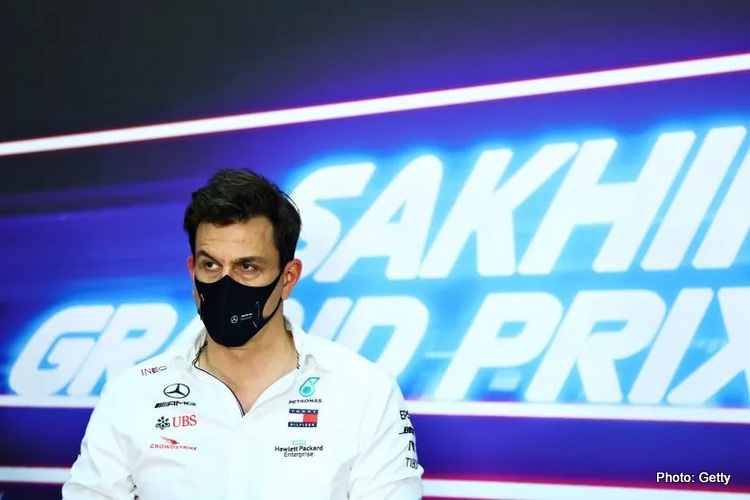 Mercedes boss Toto Wolff has revealed Lewis Hamilton is suffering from “mild symptoms” after his COVID-19 diagnosis, but is “in safe hands” on his road to recovery.

Confirmed to have the virus on Tuesday, Hamilton has been replaced for this weekend’s Formula 1 Sakhir Grand Prix by George Russell.

Asked about the seven-time champion’s condition by Sky Sports F1, Wolff admitted he could be feeling better.

“He’s not great,” Wolff said. “I mean, Covid-19 is something that you mustn’t take lightly and he’s in safe hands, that’s most important, but it’s those early days that are always not so nice.”

Expanding further in his Friday press conference, Wolff clarified that Hamilton was recovering, but his chances of returning for the season finale in Abu Dhabi next week were still uncertain.

“He’s recovering. I think those first few days are always critical once you catch corona,” he explained. “He’s OK, he has symptoms but they are relatively mild.

“We have seen tests that were negative within 10 days, so I think that is perfectly feasible in my opinion but it would be a very positive development.

“Nevertheless you need to look at the situation anyway because there are many athletes and sportspeople who have tested positive for a long time after any symptoms and after they have been in any way infectious, so this is something the FIA needs to look into anyway.”

As for the fortunes of Russell, who topped both practice sessions on Friday, Wolff maintained that while he was pleased with the Briton’s efforts, they were not a fair comparison relative to teammate Valtteri Bottas.

P1 was a good session but we need to calm everybody down,” he said. “He delivered a really solid job in what we expect from him on a single lap.

“It’s difficult to establish a benchmark because Valtteri broke his car early on and it was difficult for him to stop it properly.

“It was like for like but Valtteri broke his car pretty early on in the session on the lap and you could see that towards his runs at the end there was severe blocking on the left-right,” Wolff added.

“He even stopped running so we didn’t see Valtteri in the right car but this is not to diminish George’s performance for the first time in the car, it’s good.”