Vertappen: Sakhir outer ring could be quite dangerous 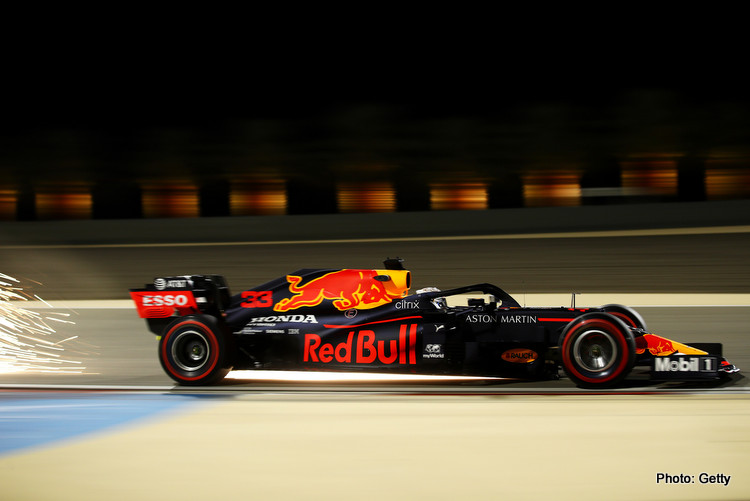 Red Bull’s Max Verstappen says he is unimpressed with the outer-ring layout of the Sakhir GP, suggesting it is both uninteresting to drive and potentially dangerous.

Finishing second in both practice sessions, Verstappen had plenty of pace on the sub-one-minute layout, but said he did not enjoy his time on-track.

“It’s not the most exciting to drive to be honest,” he told Sky Sports F1.

“Because of the small track the radio is constantly open. It’s like ‘be careful here traffic there’, it’s not really what you want.

“And also especially in the second sector it’s quite blind for a lot of corners, and it isn’t going to be easy when we need to cool the tyres before doing a second push lap and I think it could actually be quite dangerous.”

Not alone in his assessment, McLaren’s Carlos Sainz said concerns over traffic would have to be raised at the drivers’ briefing.

“We need to find a way to make sure it doesn’t become dangerous, because at the moment, it’s a bit on the limit of dangerous,” he said.

“It’s tricky. I mean, we’re all trying to be as sensible and as safe as we can, but this track is offering us some challenges in terms of traffic management.

“I think that there’s some ideas that as teams and drivers we put out there to the FIA to make it easier around the chicane in the middle sector, but we need to find a solution because I think it’s on the limit of getting a bit dangerous.”

“Not just the middle section, the whole track is short and there will be the same amount of cars so I guess Q1 will be very tight. The other thing that doesn’t help is we have to go really slow in the cool laps to bring the tires down (in temperature), that’s probably the worst factor.

“One thing is looking for traffic, the other thing is having such big speed deltas, so it will be a mess, I hope that nothing happens and we go through without being impeded and having trouble with traffic and so on.”

Taking a different point of view, Sainz’s teammate Lando Norris said he hoped any issues could be avoided by drivers looking out for one another, with strict penalties for those who didn’t.

“Everyone just needs to respect it,” he said. “There were some problems today where people just don’t get out of the way, so I don’t know if it’s because they don’t get told on the radio or they don’t look in the mirrors. But everyone’s a driver, everyone should just respect what you have to do.

“If you’re on a slow lap then it’s likely someone behind you is going to be on a quick lap. I think they just have to be quite strict on it here because there’s not a lot you can do.”