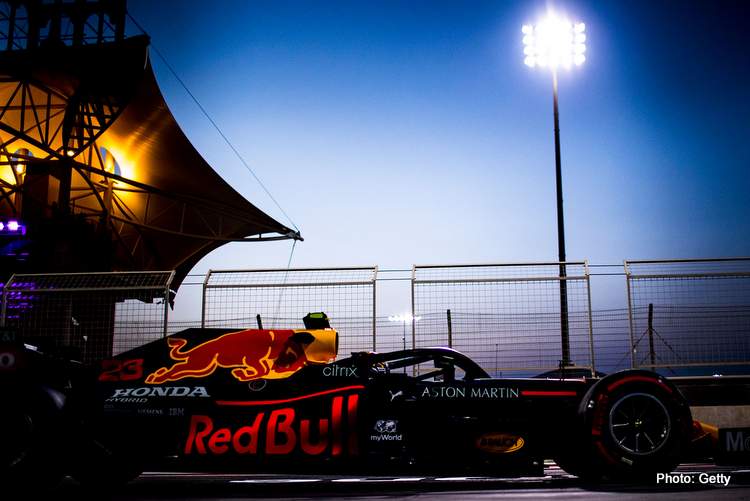 Max Verstappen showed his hand during the final free practice session for the 2020 Sakhir Grand Prix, the Red Bull driver topping the timing screens ahead of qualifying later this evening.

The Dutchman’s best effort was two tenths faster than next best with his lap of 54.064s which was half a tenth better than teammate Alex Albon who was sixth fastest.

In second, Valtteri Bottas restored order in the Mercedes camp after he was thoroughly outshone on Friday by super-sub George Russell who was seventh after topping the charts in both sessions.

Honda power is thriving in the desert, with AlphaTauri’s Pierre Gasly making the most of it to claim third spot, ahead of fellow Frenchman Esteban Ocon fastest of the Renuat posse in fourth.

Lando Norris was fifth fastest in the McLaren, a tenth faster than teammate Carlos Sainz which was only good for tenth. It’s packed close in that midfield.

Half a second down on his teammate’s top time, Red Bull’s Alex Albon was sixth, followed by Russell, and the Racing Point pair of Sergio Perez and Lance Stroll, eighth and ninth respectively.

It looks set to be a miserable night for the Tifosi and Ferrari as the SF1000 is a stubborn mare that has both drivers overdriving it to extract the maximum, Charles Leclerc spinning late non a snapshot of where they are at.

Charles ended the session 13th, nearly eight tenths down on Max, and fractionally faster than Sebastian Vettel in 15th. Antonio Giovinazzi was fastest of the Ferrari-powered boys in 11th.

Notably, one second separated the top 15 drivers on the timesheets. Qualifying this evening promises to be a cracker! 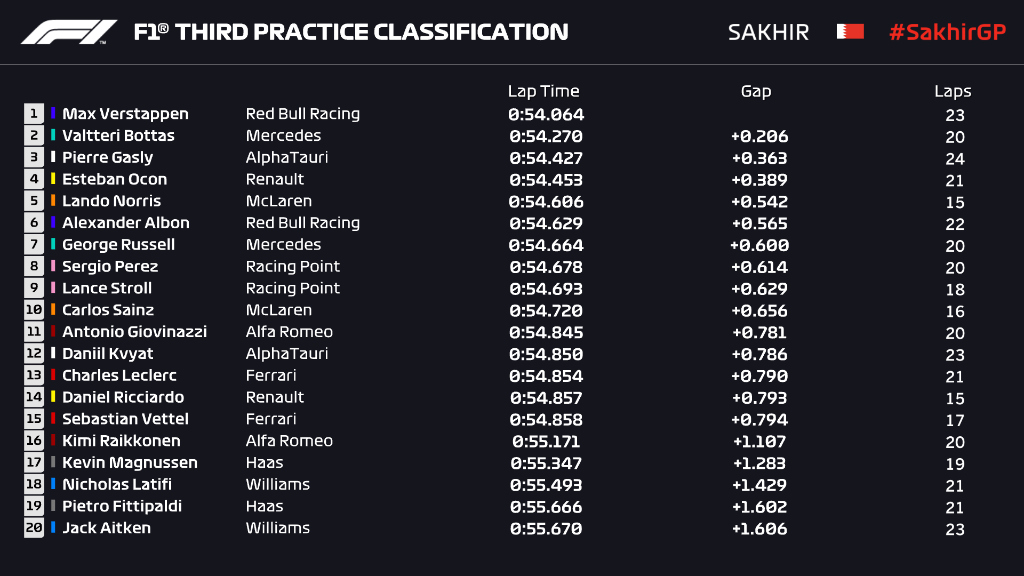