Horner: For Albon in 2021 a Red Bull seat or year on the bench 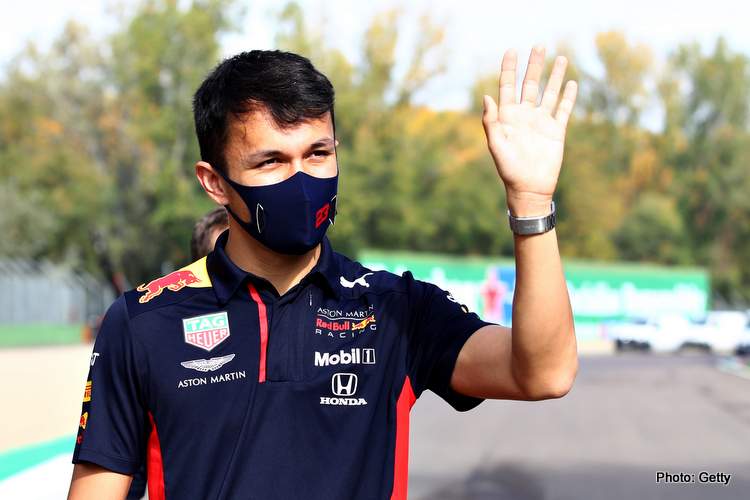 Alexander Albon faces “a year on the bench” if Red Bull drop him for next season, team boss Christian Horner said on Friday.

The 24-year-old Thai driver’s future is uncertain with Red Bull yet to decide on who partners in-form Dutch driver Max Verstappen after this season.

Experienced Mexican Sergio Perez, out of a seat at Racing Point, is an obvious alternative for Albon who started out at Red Bull’s sister team AlphaTauri (Toro Rosso) before being promoted.

“I don´t believe he (Albon) forms part of (AlphaTauri boss) Franz (Tost)´s plans for next year, so it´s very much a Red Bull seat or a year on the bench,” Horner told reporters at the Sakhir Grand Prix.

Sunday’s race in Bahrain and the following weekend in Abu Dhabi are the last rounds of the season and Albon, who has a long-term agreement with Red Bull, needs to show he is the right man for the job.

With Mercedes’ seven times champion Lewis Hamilton out of action after testing positive for COVID-19, Albon will be expected to challenge again for a top-three placing this weekend.

“Two more weekends to demonstrate that he is absolutely the right guy to be in that car alongside Max next year. We´re giving him all the support we possibly can to achieve that goal,” said Horner.

AlphaTauri have already confirmed Pierre Gasly is staying while the second seat, currently filled by Russian Daniil Kvyat, is expected to go to Japanese F2 driver Yuki Tsunoda if he secures the necessary superlicence.

Tost said AlphaTauri had a Plan-B if Tsunoda, on pole for Saturday’s F2 feature race and still mathematically in title contention, falls short.