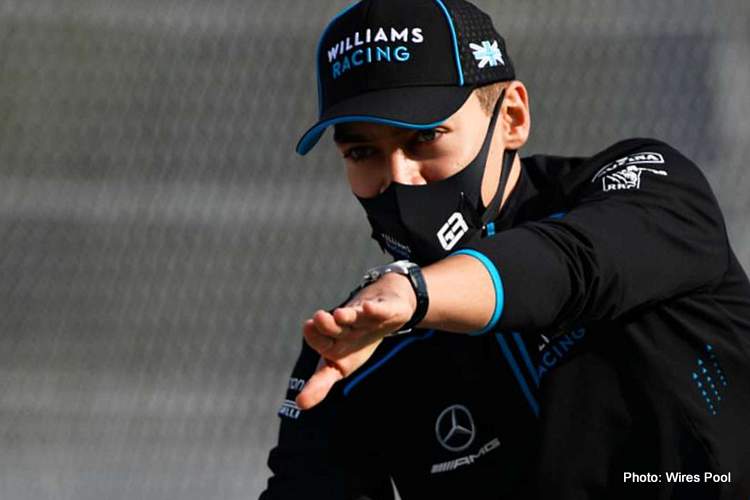 To say it has been an eventful week in Formula would be a huge understatement. Romain Grosjean will miss the second of two back-to-back races in Bahrain, but the fact that he is still alive, let alone keen to return in Abu Dhabi, is miraculous.

The Frenchman will be replaced in the Haas by Pietro Fittipaldi this weekend, but it is not Grosjean’s absence that has had the biggest impact on the betting markets going into the Sakhir Grand Prix.

Lewis Hamilton tested positive for COVID-19 after experiencing mild symptoms on Monday, and it will be his compatriot, George Russell, who takes his seat in the Mercedes.

Russell – a member of the Mercedes-Benz Junior Programme – has been with Williams since 2019, and despite a number of impressive performances, particularly during qualifying sessions, the 22-year-old is yet to register a World Championship point.

As highlighted by Mercedes Team Principal and CEO Toto Wolff, it will not be the easiest of tasks for Russell this weekend, and whatever the bookmakers decided to price him at, it was sure to be an interesting proposition.

After the announcement that Russell would fill in for Hamilton, his odds to win the race were cut to 4/1. Seemingly, some money came for the youngster at that price and he is now 11/4 with most betting sites.

The best price on a Russell triumph is 10/3 with BetVictor at the time of writing. They, just like everyone else, have him priced at 1/2 to earn a spot on the podium, and even that would be a fantastic result in the penultimate race of the campaign.

Max Verstappen is the favourite to win on Sunday, ahead of Valtteri Bottas. Twelve points separate them in the standings and the Red Bull driver is fancied to close the gap further or even usurp the Finn at the Bahrain International Circuit.

You can get 6/4 on Verstappen, and Bottas is just a touch bigger at 7/4. Given that the latter is usually priced shorter than his rival, it is noteworthy that the Dutchman, who came second last time out, gets the nod this week.

Instead of everybody else being 50/1 or bigger in the race winner market, Sergio Perez is a 25/1 chance this time around, while Alexander Albon, who finished in the top three for the first time at the Bahrain Grand Prix, is 33/1 to build on that with a win.

Neither man has a confirmed drive for 2021 as of yet, and if either of them can end up on the podium – for which they are 5/2 apiece – that will certainly help their cause.

After two podiums in three races, Daniel Ricciardo’s form has dipped in the last two races and he has hardly threatened. As a result, he is 7/1 for a top-three spot this week which, in fairness, could be good value considering he was 3/1 a week ago.

Charles Leclerc is also at a much bigger price for the podium than he was in the previous race. After coming 10th on Sunday, he is a 20/1 shot to bounce back with 15+ points.

Carlos Sainz, who will join Leclerc at Ferrari next term, is 12/1 for the podium, and his McLaren teammate Lando Norris is the same price.

Jack Aitken will represent Williams, and both he and Fittipaldi are 20/1 to score points. The debutants are co-favourites at 8/1 each to be the first to retire.