Schumacher: I’ve been chasing this dream since I was three 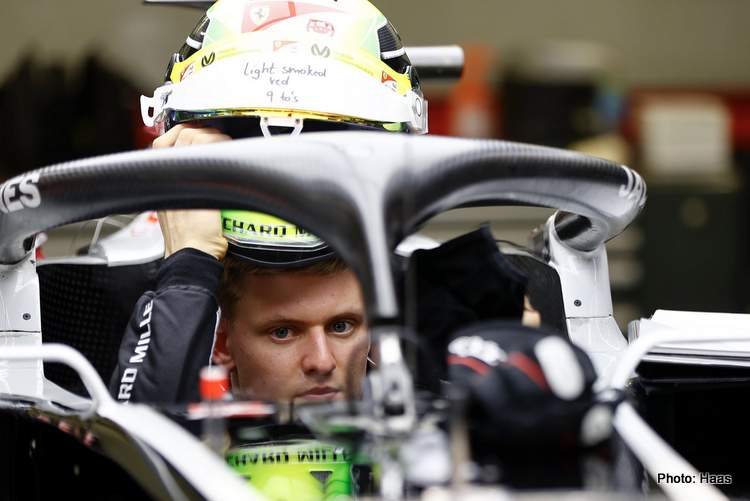 Mick Schumacher revealed he is overwhelmed to follow in his legendary father’s footsteps and realise his childhood dream by racing in Formula 1, a dream to be realised next year.

The 21-year-old son of seven-time F1 world champion Michael Schumacher will be on the grid for the season-opening race in Melbourne on March 21 after signing a multi-year agreement with American team Haas.

It will mark the return of the Schumacher name to the sport, nine years after the German retired for a second time, and 30 years since Michael burst on to the scene with an impressive debut for Jordan at the 1991 Belgian Grand Prix.

This got us right in the feels ❤️

Schumacher went on to win 91 times for Benetton and Ferrari, clinching five titles for the Scuderia at the turn of the century. His number of wins have only recently been surpassed by Lewis Hamilton, while the Mercedes driver emulated the German’s championship record at the Turkish Grand Prix last month.

Schumi, as his fans call him, has not been seen in public view for almost seven years after a skiing accident in the French Alps, left the 51-year-old with devastating brain injuries. His son, Mick, was alongside him at the time of the tragic accident.

Always believed that this dream will become true! Racing for Haas F1 Team next year is an incredible feeling, and I couldn’t be happier. Thanks to everyone who supported me all the way! @HaasF1Team #HaasF1 #F1 @ScuderiaFerrari @insideFDA #essereFerrari pic.twitter.com/RgKrXUdKrk

“It is amazing to be racing in the same sport as he did,” said Schumacher Jnr on Wednesday. “It is a sport we both love so much, so to be able to go a similar path and get to know the sport inside out is amazing.

“To finally reach my goal and to be one of those 20 drivers is something incredible. I am just really overwhelmed, happy it is confirmed, and that I am going to be standing on the grid next year.

“It is a dream come true for me, a dream I’ve been chasing since I was three, and now it’s finally happened it’s great.”

Mick has been allowed into the circuit today to complete his seat fit, ready for his drive in Abu Dhabi next week. #HaasF1 pic.twitter.com/Z3PP709bkG

Schumacher’s medical condition has been held a closely-guarded secret.

In a rare update, the Frenchman, who oversaw five of the German’s seven titles as team principal for Ferrari, told the PA news agency in September that his former driver “is fighting”.

Todt added: “He has an amazing wife next to him, he has his kids, his nurses, and we can only wish him the best and to wish the family the best, too.”

“My mum was actually quite unsurprised when I told her,” added Mick when asked how she reacted to news he would be in F1 in 2021. She was sure I was going to make it I have always had her support, and the support of all my family.

“It’s quite clear I have been under the spotlight since a very young age due to the sport I do and love, and probably a bit more than usual.

“But it is something I have been able to get used to. I am able to deal with it well, the results speak for themselves, and I will try to keep the same rhythm that I have now.”

Schumacher is expected to be crowned champion of the feeder series to F1, Formula Two, this weekend. He heads into the season finale in Bahrain with a 14-point advantage over his British rival Calum Illot.

Schumacher, who will pay tribute to his father by racing with the number 47 next season – the seven representing the number of titles his father won – is set to be handed his grand prix debut in opening practice for Haas at F1’s season-concluding race in Abu Dhabi a week on Friday.