Grosjean: On my way to recovery after release from hospital 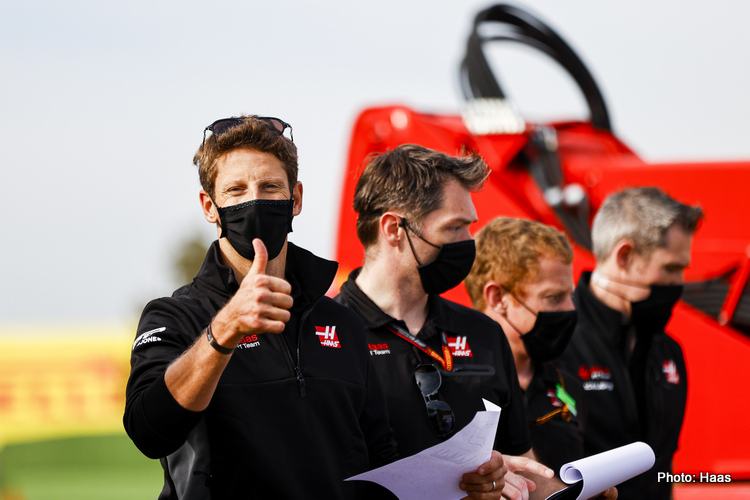 French Formula 1 driver Romain Grosjean left hospital in Bahrain on Wednesday after being treated for burns to his hands suffered when his Haas car was engulfed in a fireball.

The 34-year-old had an astonishing escape after the vehicle penetrated the metal crash barriers in Sunday’s race at the Sakhir circuit, splitting in two and erupting in flames.

The same circuit hosts another race this weekend but Grosjean will not take part, replaced by the team’s Brazilian reserve Pietro Fittipaldi.

The driver said on Tuesday that he still wanted to drive in next week’s season-ending race in Abu Dhabi.

“Even though it is complicated for those close to me, it is a need for me to get back into a Formula 1 car, to see where I am, if I can continue to drive,” he said.

My right hand this morning. The happiness I had when I was told that I didn't need the full dressing anymore and could use my finger was huge. Almost cried. A victory on my way to recovery pic.twitter.com/QuZojM1mZe