Sebastian Vettel Says He Likes to Drive in the Rain 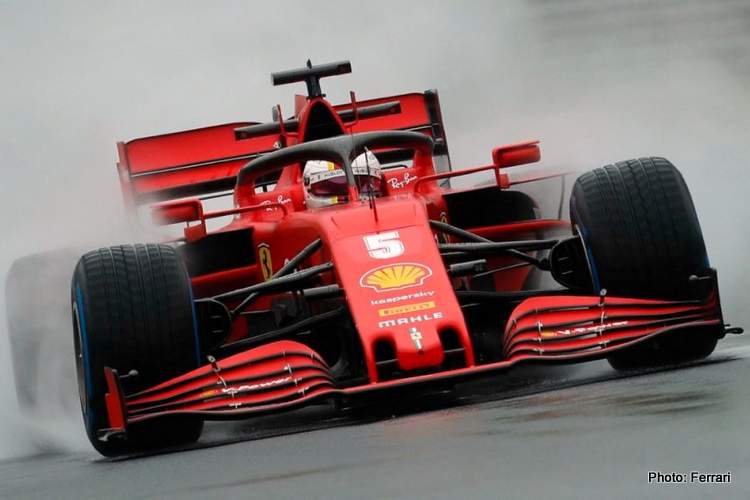 While we all have an amazing time watching the F1 racing on the tracks and the television, the exhilarating experience for the drivers is unmatched. In a recent interview with the famous F1 driver, Sebastian Vettel, he said that he enjoys driving in the rain.

Vettel’s first-ever racing championship at the 2009 Chinese Grand Prix was also channelled in a day with heavy rain. But, even with the obstructions, he managed to show his skillful moves and indulged in an amazing show that day.

So, when asked what makes him such a skilled driver in such treacherous weather conditions, Vettel had some amazing insights to share.

In an interview, Vettel said that due to the rain, the first thing that is hampered is the visibility on the track. The common signs and reference points that the drivers memorize become completely blurry and out of sight. In such conditions, he trusts his gut feelings and reels in when to break in and when to turn around.

He further said that in such harsh weather conditions, around three or five lines can be considered. A driver needs to trust their instinct and decide which one would work the best for them. Another key to driving in the rain and being confident is to feel confident in the cockpit and trust the car and their years of experience to navigate them through.

With the kind of words Vettel says, it seems like him driving around in rain is as easy as finding the vape store online.

The Turkish GP Podium boasted as a testament to show how amazing of a performer Vettel is. It further assured his fans that his journey on the track is far from over. His opening lap around the Istanbul Pak in such harsh and slippery conditions showed that he knows how to tackle and handle things on the track efficiently.

F1 is all set to make a comeback pretty soon with the Bahrain Grand Prix that is happening on November 29. With the kind of hurdles and obstacles that Vettel has driven through, it is likely going to help accelerate his confidence for this upcoming battle. The event is going to take place at the Bahrain International Circuit. Further reports on the event haven’t been disclosed yet.

The Grand Prix was originally meant to be held on March 22, 2020, but the pandemic further delayed its course. It was later on March 13, 2020, that the authorities decided to postpone the event indefinitely until things got better. But, with the world adjusting to a new normal, things are opening up again and the rescheduled date for the event was announced again.