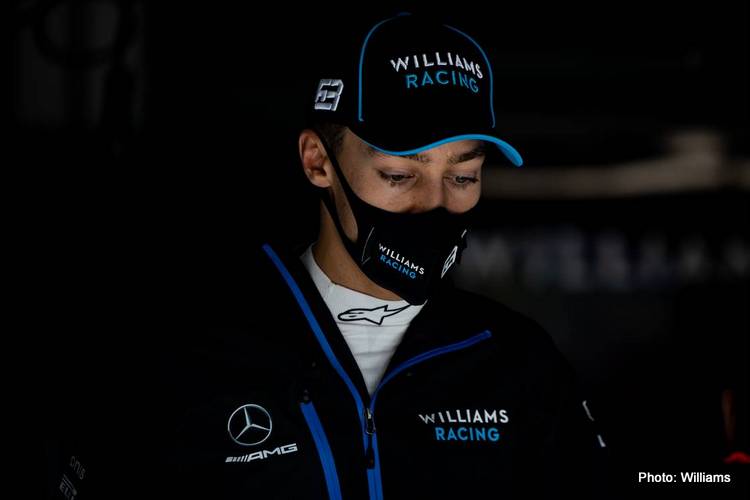 Mercedes has held talks with Williams over George Russell racing for the Silver Arrows in the Sakhir Grand Prix, according to The Race.

Lewis Hamilton was ruled out on Tuesday after testing positive for COVID-19 and it has been reported that Russell is Mercedes’ first choice to replace the seven-time world champion.

The 2018 Formula 2 champion is currently part of the Mercedes driver academy but is contracted to drive for Williams next season.

The report suggests that the Grove-based outfit could be open to allowing Russell to replace Hamilton, but is conscious of the opportunity that the race offers the team to earn its first points of the season.

With the race taking place on a new layout that is likely to be more power-sensitive, the Mercedes power unit in the back of the Williams could provide the point-less team with a good chance of finishing in the top 10.

Earlier this season, Williams blocked Mercedes from potentially making a move to promote Russell ahead of the 2021 season by exercising its right to extend his deal for a further year.

Therefore, it is unlikely that Williams will play hard-ball with its power-unit supplier, while the team will likely want to avoid upsetting Russell.

If a deal cannot be agreed Mercedes could turn to reserve driver Stoffel Vandoorne, who confirmed that he will be in Bahrain over the weekend.

An announcement is expected to take place on Wednesday.