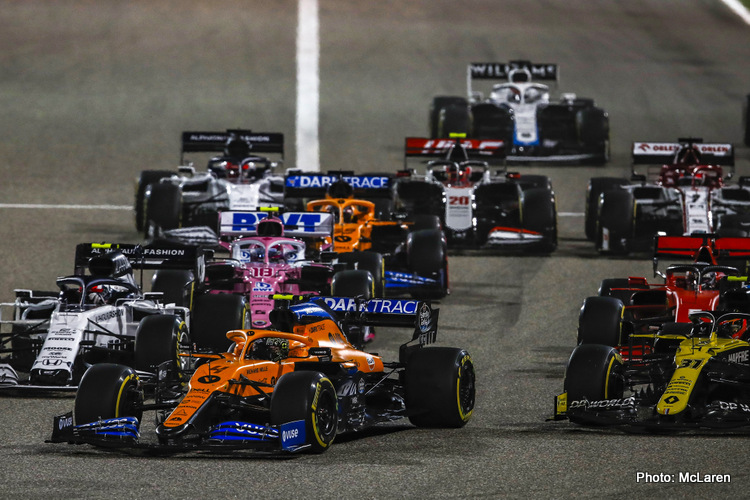 Formula 1 managing director Ross Brawn believes that McLaren has become a “well-oiled” machine this season, which has allowed the Woking-based team to overperform.

Despite Lando Norris qualifying ninth and an issue forcing Carlos Sainz out of contention for a spot in Q3 ahead of the Bahrain Grand Prix, the drivers recovered in the race to finish fourth and fifth respectively.

Meanwhile, the team’s rivals in the battle for third place in the constructor’s championship, Racing Point, failed to score a single point with Lance Stroll crashing out early on and a late power-unit failure robbing Sergio Perez of a spot on the podium.

As a result, McLaren enjoys a 17-point advantage over Racing Point going into the final two races of the season.

The Silverstone-based outfit picked up a 15-point penalty earlier in the season and now look set to miss out on third place in the standings.

While the power-unit failure was not the fault of Racing Point, Brawn was impressed with the recovery of the McLaren team and claimed that it is “overperforming” when its rivals are “underperforming.

“Where Racing Point are underperforming, McLaren are overperforming,” he wrote in his weekly column.

“I get the feeling that team is a well-oiled machine now. Everyone is of the same mindset, everyone is in sync. Andreas has done a great job in pulling the team together.

“It’s going to be fascinating to see how they get on when they switch to Mercedes power next year. It’s a team in harmony and I think with Daniel coming next year to replace Carlos, I don’t think they will lose anything.

“Carlos has been doing a great job, and there is no reason why that won’t continue. The technical side has progressed as has the operational side and I believe McLaren will be a very strong proposition next year.”