Perez: What is important is that Grosjean is good 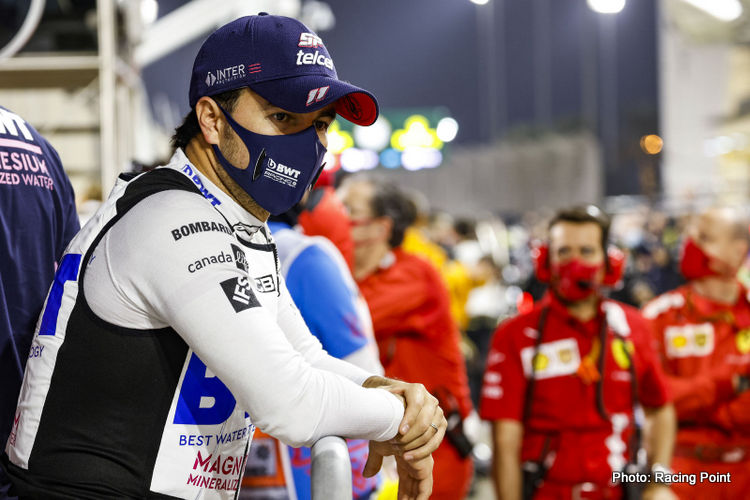 The Mexican was on course for a second consecutive podium finish before his car suffered a power-unit failure within just a few laps of the finish.

The result would have put his team in a good place to secure third spot in the constructor’s championship, as well as assisting his own bid for a seat on the 2021 Formula 1 grid.

Perez may be without a drive for next season, but he said that Grosjean’s health was his primary consideration.

“A day like today is hard to digest, for me, for my team,” he told reporters.

“It’s extremely painful in the championship, those points were extremely valuable to us and can make a huge difference come the end of the season. But there’s nothing we can do, it’s just the beauty of the sport.

“Anyway, today it becomes a little irrelevant to me, the podium, the trophy. One more or one less, it’s just a trophy. What is important is that Grosjean is good, he’s fine and he can be back with his family. It was a big shock, you know, to see that big crash and then have to go back to the car in ten minutes. Not a nice day today.”

The race was suspended for a lengthy period while they helped Grosjean safely escape the car and cleared the wreckage.

As the drivers waited for the race to resume they were shown footage of the incident and Perez admitted that it was more difficult than usual to refocus after the stoppage.

“You are shocked and it takes a bit of time,” he said.

The only potentially available seat that the 30-year-old could fill next season is at Red Bull, but Alex Albon bolstered his hopes of securing the drive with a third-place finish.

However, Perez remains relaxed about his prospects for next season and said that he has proven his capabilities this season.

“I’ve been ten years in the sport, I think people know what I can do, so I’m pretty relaxed about it,” he explained.

“I’m confident with my capacities and the way I’m delivering now, but the way I’ve delivered over the ten years so I’m pleased with that.”