Albon: We had to be there to capitalise on Perez’s DNF 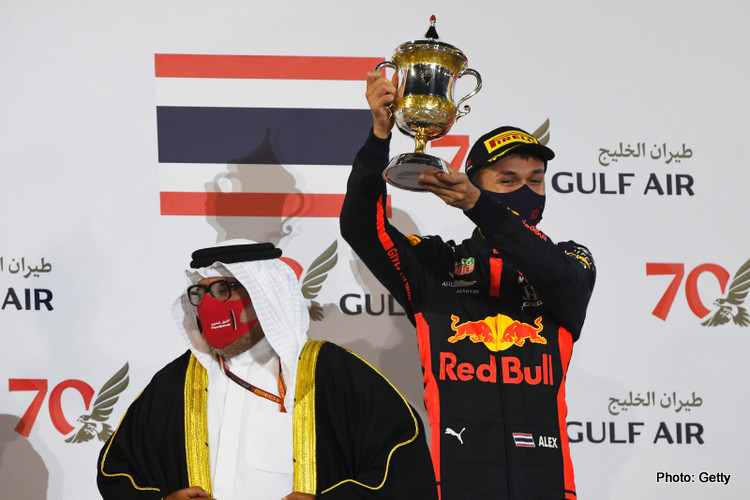 Red Bull driver Alex Albon admitted that his third-place finish at the Bahrain Grand Prix was not “fully” satisfying because of Sergio Perez’s late retirement.

Albon had run in fourth for the majority of the race but snuck onto the podium with just a few laps to go after Perez suffered a power-unit failure.

However, the Thai driver insisted that he felt he ran a good race and was pleased to be able to capitalise on his rival’s misfortune.

“Obviously Sergio had a great race too and he had the blow-up,” said Albon.

“So I’m partly, let’s say not fully satisfied. But it was still there, we had to be there to capitalise on it. On my side it was a good race. We had a good start, something which we’ve been working on recently and it’s nice to see it getting better.

“Then from that point on it was more or less being there to capitalise because I didn’t quite have the pace to overtake Sergio. We were just there behind, waiting for something to happen, and it did, so third was a good result. And especially a double podium for the team, that’s good for them as well.”

The result could have gone a long way to helping Albon secure his Red Bull seat for next season and he explained that he is aiming to challenge for more podiums in the future.

“I know I was struggling a little bit with tyre deg through the stint but we were on a similar strategy to Lewis, we had two mediums so it was quite hard to push on the second stint. But saying that, of course, I want to be better, I want to be faster and challenging more often for podiums.”