Vettel: I should have crashed 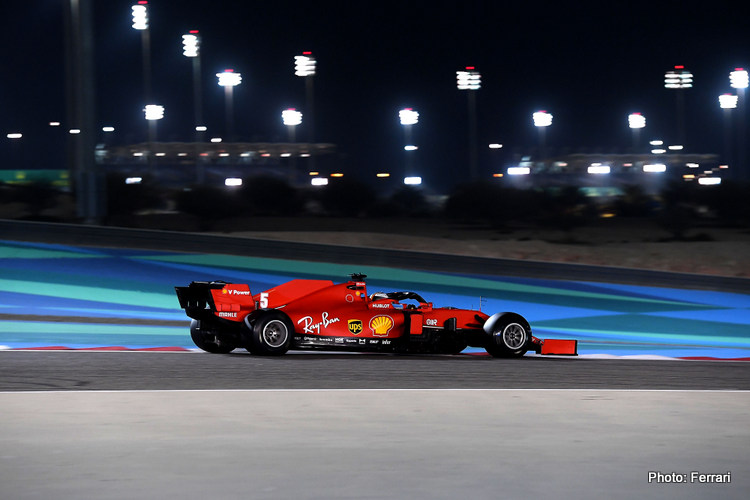 Sebastian Vettel allowed his frustration with teammate Charles Leclerc to boil over during the Bahrain Grand Prix, criticising the 23-year-old over team radio.

The two drivers have not enjoyed a simple relationship since the Monegasque prodigy’s arrival at the team at the start of the 2019 season, and it appeared strained once again on Sunday.

Vettel was ahead of his teammate going into turn 1 but Leclerc made a speculative move up the inside, with the German just able to avoid the advancing #16 Ferrari.

Leclerc’s arrival at Maranello has clearly led to Vettel’s Ferrari career being cut short and there is no doubt this will have left the four-time world champion frustrated.

This season the youngster has clearly come out on top in terms of results and for a driver with such a proud history in the sport in cannot, this will have been difficult to accept.

Reacting to the incident over team radio, Vettel shouted: “Not again. You can’t just do that as if I wasn’t there. It is the same as Austria, seriously. I should have crashed, maybe it was the better option.”

Unfortunately for Vettel, his protest will have fallen on deaf ears. Leclerc very much represents the future at Ferrari, while the 33-year-old will compete in just two more races for Formula 1’s most famous team.

For Vettel’s sake, let’s hope that he can receive more support at Aston Martin next season and develop a constructive relationship with new teammate Lance Stroll.