Vettel: I didn’t want to look at images of the crash 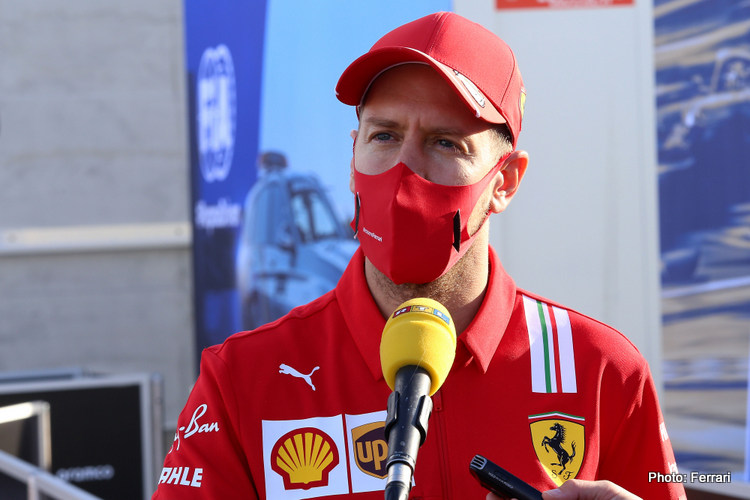 Ferrari driver Sebastian Vettel said that he did not want to look at footage of Romain Grosjean’s crash during the Bahrain Grand Prix.

Grosjean was involved in a terrifying incident on the opening lap, which saw his car split in half and the cockpit engulfed in flames.

Luckily, the Frenchman walked away from the wreckage and was taken to hospital with a suspected broken rib and minor burns.

The Haas driver was almost certainly saved by the halo device on his car, which protected his head as he collided with the guard rail on the side of the track.

Speaking after the race, Vettel said that he was shocked to see the rail break in the manner that it did and relieved to see Grosjean get out of the wreckage safely.

“I haven’t really looked at the images a lot, because I didn’t want to, but the main thing is he got out,” Vettel said.

“I don’t know how to be honest, but obviously the guardrail is not supposed to fail like that. It’s good that the cars are safer as they used to be in the past, but the guard rail shouldn’t fail and the car shouldn’t catch fire in that fashion. There’s a lot of precautions that it doesn’t catch fire, so I don’t know what happened there. It’s difficult to say at this stage, but the main thing is that he got out.”