The Morning After: Saturday musings 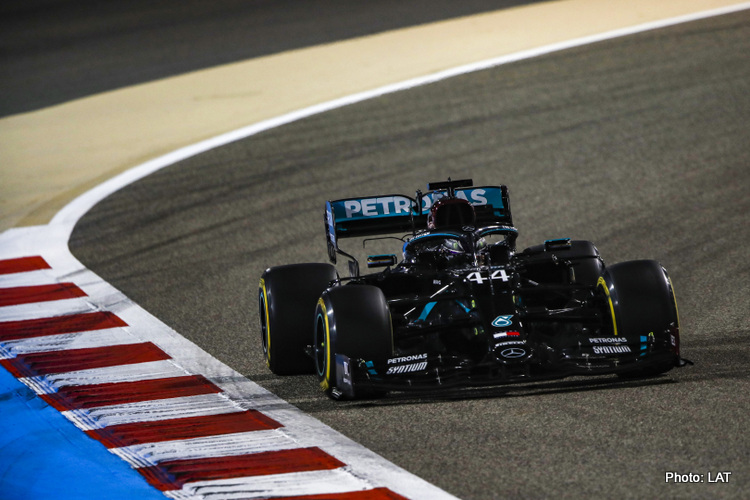 Another qualifying session, another Lewis Hamilton pole position. Such is the case after Saturday in Bahrain.

And frankly, there’s not much else to say about it, besides recognising that even with the title wrapped-up, Lewis clearly has no interest in taking his foot off the gas. Winning is still winning, and the great ones never get enough of it.

Anyway, on to some medium hits:

Great to see Sebastian Vettel continue his resurgence with another besting of Charles Leclerc, even if that Ferrari continues to lack performance. Barring something miraculous on Sunday, it’s likely talk of them contending for third in the constructor’s will be over as quickly as it started.

As far off Max Verstappen as Alex Albon was on Saturday (pace wise), it also marks only the second time this season (after the Tuscan GP) that the latter will start right behind his teammate, and thus presents a major opportunity. Short of pulling race-winning pace out of his backside, he needs to prove his worth as a rear-gunner for Verstappen, and sticking close enough to him to keep the pressure on the front-running Mercedes during the pit window would go at least some way towards doing that.

Another tremendous effort from Sergio Perez to qualify P5, within 0.048s of Albon. If the rumours he won’t be on the grid next year are indeed true, he can at least say that in 2020 he’s left nothing on table.

Conversely, an unfortunate mix-up for Lance Stroll and Racing Point to fit his car with used mediums in Q2. His start will be one to watch on Sunday.

After making what is his ninth Q2 appearance of the season, could George Russell finally score his first points in F1? No, you’re right, it’s probably not best to get my hopes up.

And now the news you’ve all been waiting for: the dog from FP2 has been found, safe and well. If it needs a name, may I suggest Bark Webber?

With the abrasive granite surface of Sakhir, and a softer tyre nomination compared to last year, a two-stop strategy looks set to be the quickest way to tackle the 57-lap Bahrain Grand Prix.

The fastest two-stopper involves one stint on the P Zero Yellow medium for 21 laps, (set to be the opening stint for those in the top 10 of the grid) plus two stints on the P Zero Red soft tyre of 18 laps each.

The second-quickest two-stopper instead uses the medium for two 21-lap stints and the soft for 15 laps.

A medium-hard one stopper is slower: this would use the medium for 27 laps and the hard for 30 laps.

Finally, there’s the slowest two-stopper: two stints on the medium of 18 laps with one stint on the White hard of 21 laps (probably the middle stint). There’s no real point in going for a three-stopper, as this costs too much time in the pits.