Hamilton: It could have been so much worse 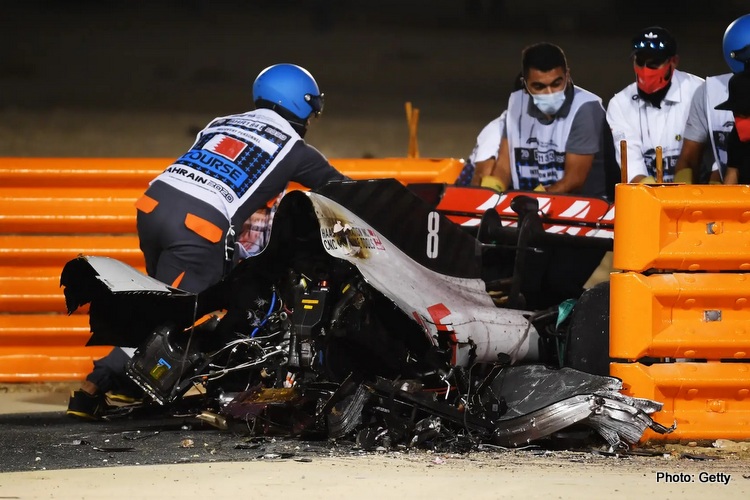 The biggest talking point after the dramatic and incident-packed 2020 Bahrain Grand Prix was the fiery first lap crash that shocked the world beyond Formula 1, the sport was granted a miracle this Sunday as fate spared Romain Grosjean.

It was clear something massive had happened, the TV replays took agonisingly long to confirm that all was well. When the director hit the replay button what unfolded was the most shocking images seen on the box for ages. Last time Jos Verstappen’s death-defying pit stop the explosion.

This was beyond what the most hardened F1 veterans had ever seen. No doubt the cheer shook the world when Romain emerged from the flames and staggered into the hands of the brave medical team.

The 34-year-old father of two was conscious and stable and then taken by helicopter to a military hospital. His relieved team said Grosjean had only light burns to his hands and ankles.

He was airlifted to the BDF Military Hospital, 10 miles north of the Bahrain International Circuit. It is also understood he might have broken a bone in his foot.

His colleagues, parked in the pits watching the endless replays of the incident, had to turn-off the stark images for the race, which resumed an hour or so after the near disaster.

Mentally the toughest of challenges for a racing driver but, at least they restarted, with the comfort of knowing their colleague was alive, albeit shaken and relatively minor injuries after what could be classed a freak accident.

It was the first subject Lewis broached after racking up his 85th race, he said, “It was such a shocking image to see. When I get in the car I know that I’m taking risks and I respect the dangers that are in this sport. I posted about it whilst we were in that break because it’s horrifying.

“But it’s a reminder to us and hopefully the people that are watching that this is a dangerous sport and that is why we are out there pushing to the limit and playing with that limit, but you also have to respect it.

“I think it shows an amazing job that Formula 1 and the FIA have done over time to be able to walk away from something like that. But that will be investigated and they’ll do a lot of work to make sure that doesn’t happen again,” added the seven-time F1 World Champion.

Second-placed on the night, Max Verstappen added, “It was scary. I saw a lot of fire. Luckily he’s ok, let’s say, and I hope he will recover fast.”

1996 Formula 1 World Champion Damon Hill summed up what he witnessed, “Normally I’ve got some experience to draw on to be able to contribute something, but I’m absolutely flabbergasted.

“I’ve seen the images of him getting out and the speed he went into the barrier is absolutely terrifying. He’s penetrated three levels of the Armco barrier. It’s unbelievable that he clambered out.”

Romain has been voted as the #BahrainGP Driver of the Day. 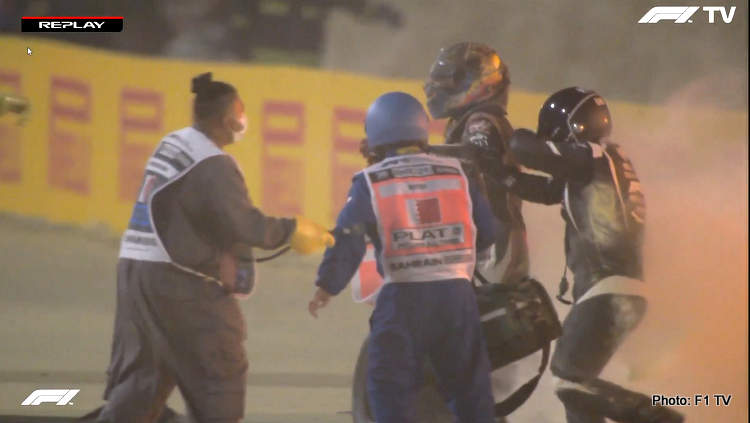 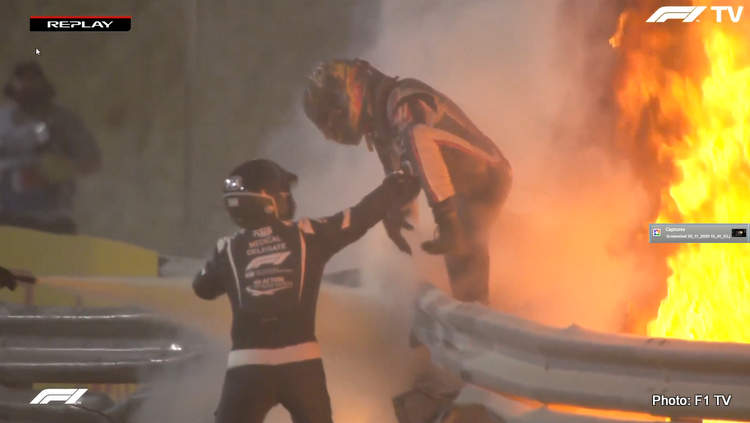 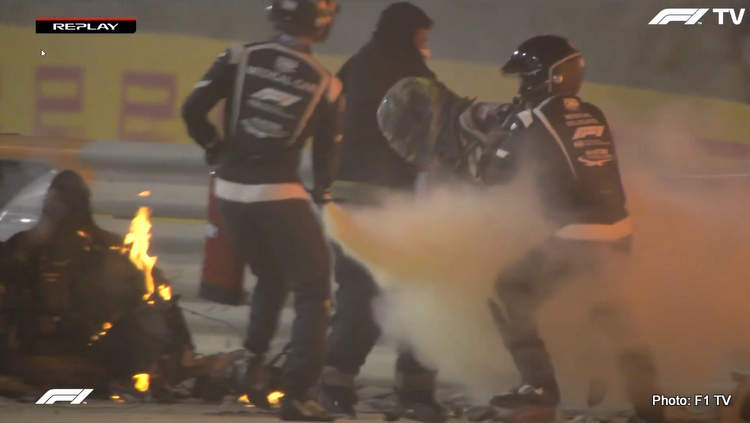 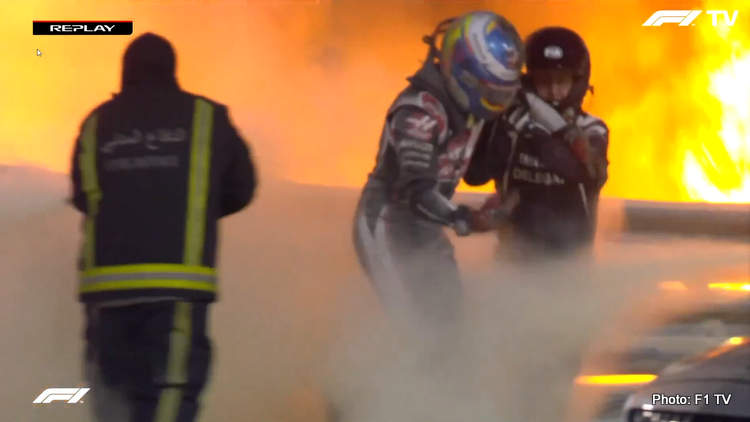 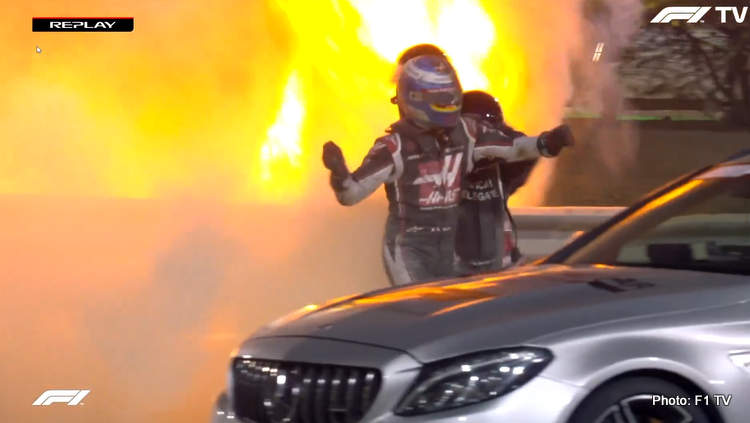 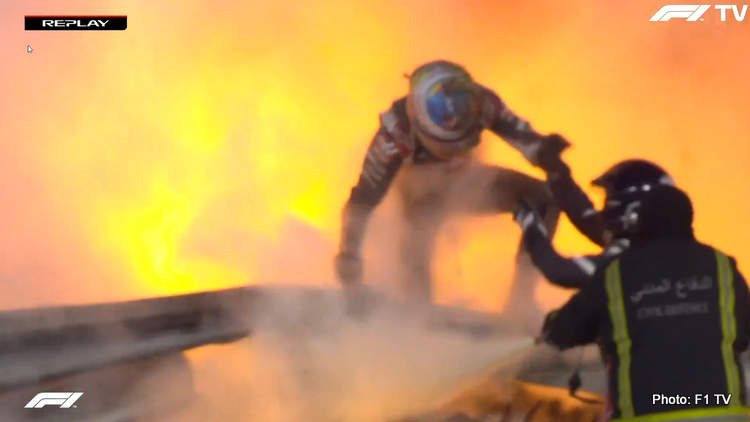 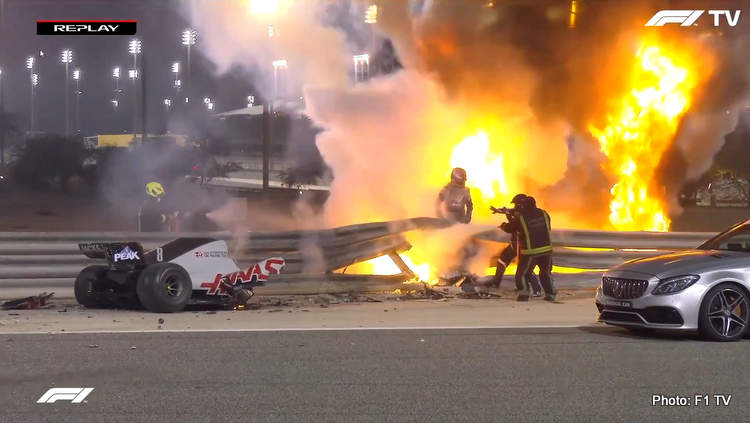 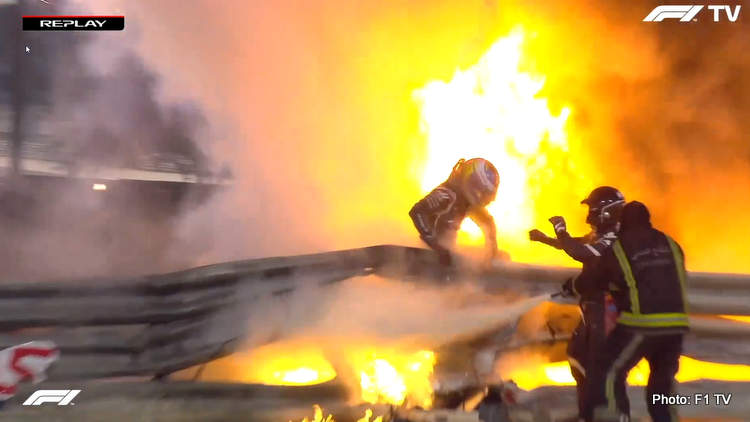 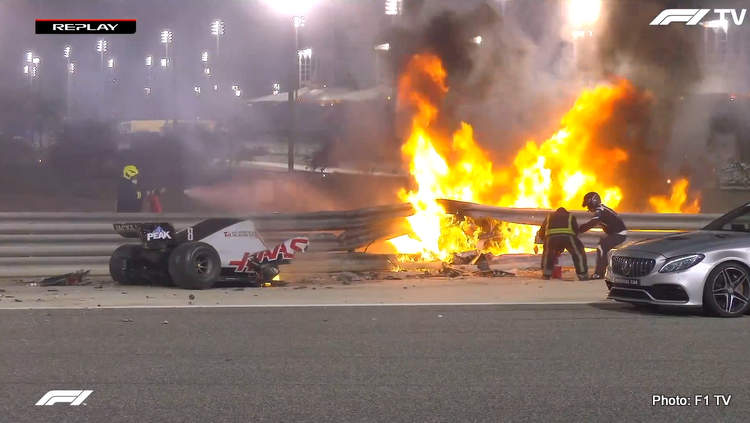 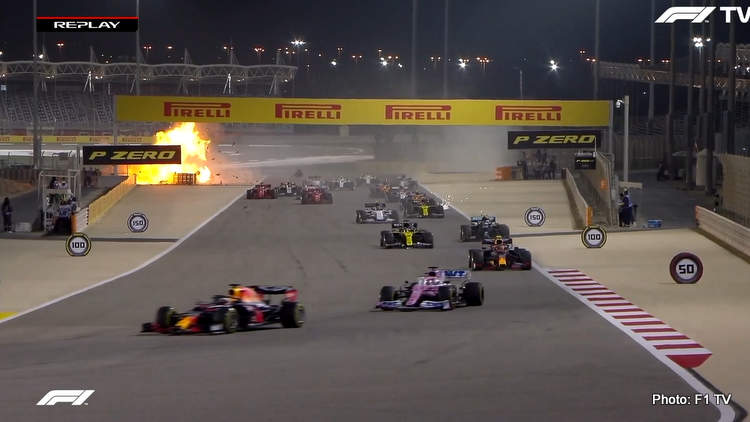 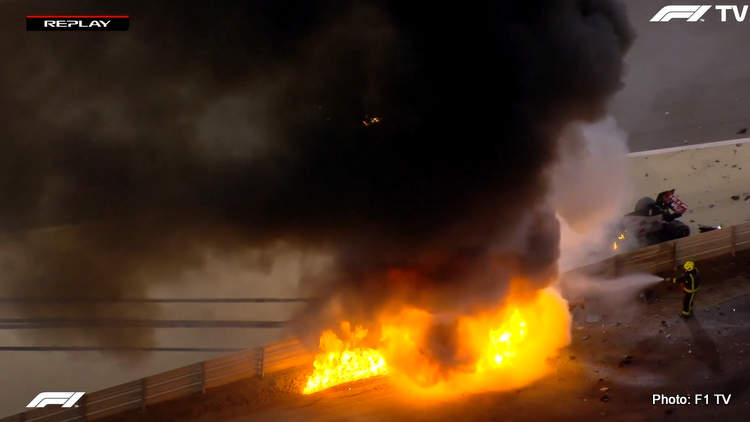 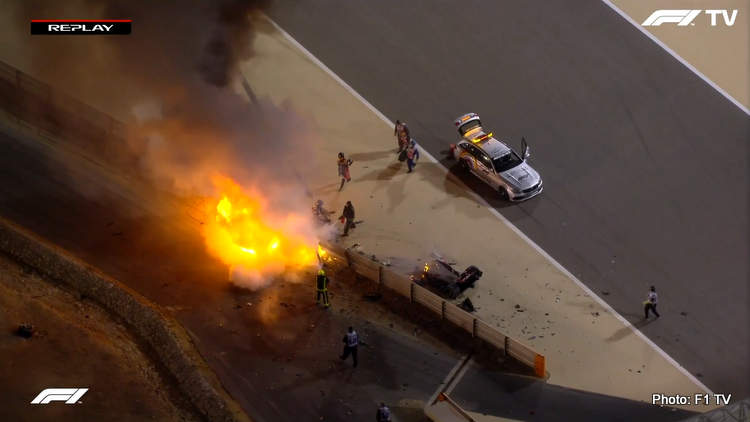 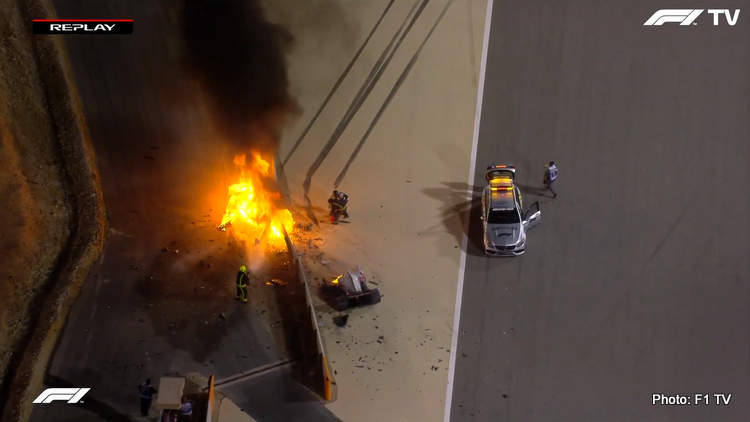 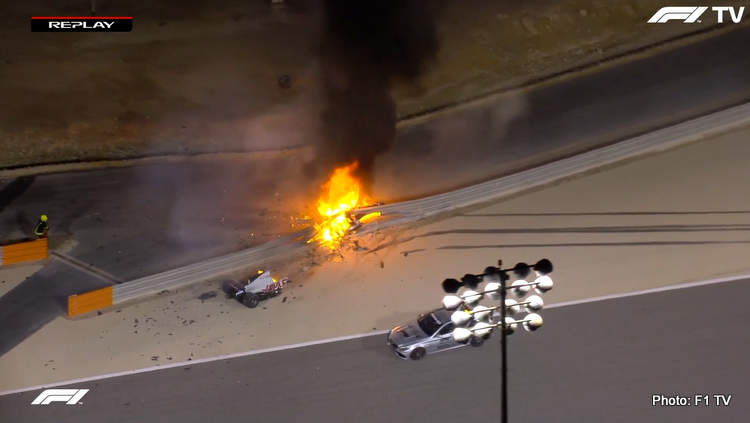