Albon: I knew I could put FP2 crash behind me quickly 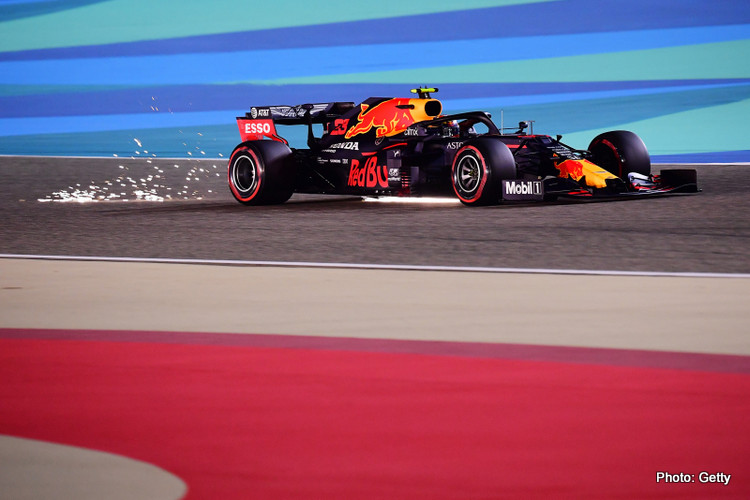 Red Bull’s Alexander Albon is hoping to provide a tough race for Mercedes after matching his best-ever Formula 1 grid slot in qualifying for the Bahrain Grand Prix on Saturday.

Qualifying fourth with a time of 1:28.274, Albon indicated he had been able to maintain his confidence despite a heavy crash in FP2.

“Of course it was nice to have it, and the car has been feeling good this weekend.

“Hopefully we can be a thorn in Mercedes’ strategy and see what we can do.”

Expanding further, Albon said he was able to quickly set aside his “silly mistake” on Friday, and knew his mechanics would deliver a rebuilt car equally capable of performing.

“Especially in a team like Red Bull, the quality is really high, and you’re not going to get big differences,” he explained.

“At least on my side, nothing. It’s more just set-up and feeling, and on top of that, confidence. You want to get on it quickly.

“But truthfully, on the confidence side, I was quite happy with it.

“It was a silly mistake to begin with yesterday, so I knew that I could put it behind me pretty quickly and focus on today.”

At the same time, Albon was 1.010 seconds off of pole-sitter Lewis Hamilton and nearly six-tenths off teammate Max Verstappen in P3, but suggested it had more to do with adjusting to new soft tyres in Q3 after using mediums to get through Q2, than it did any inherent pace difference.

“I kept having these little snaps just where you don’t want it, and I had to drop my minimum speed quite a lot,” he said.

“There was obviously bit less track time than we would have liked, and just a bit of catch-up with the new car and getting up to speed with it.

“It wasn’t bad. Everyone wanted mediums, and then we put softs on the second run of Q2, and I think I did my last time doing a lap on the softs was in Q1.

“So it was quite a long time since we did a run [flying lap] on a new set of tyres.”