Verstappen: I just try to focus on myself 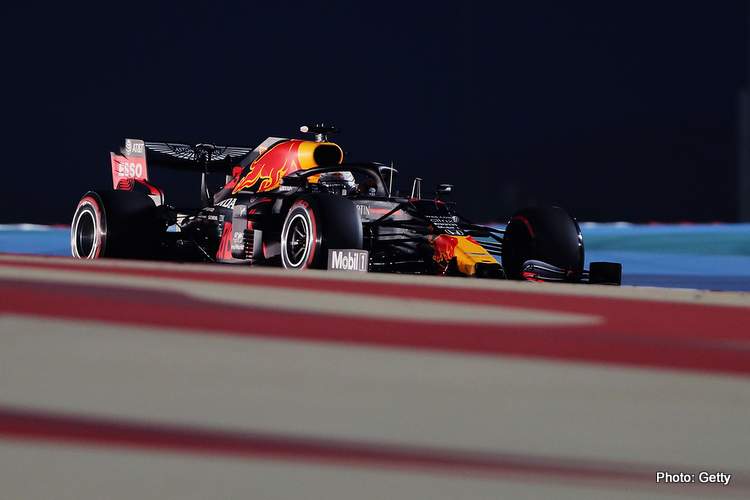 Max Verstappen was up for a fight on Saturday, after topping the timing screens at the end of FP1 earlier in the day, the Red Bull driver was expected to take the fight to Mercedes in the desert floodlights in qualifying for the 2020 Bahrain Grand Prix.

But, typically, when it mattered the mighty-Merc arsenal was too much as David’s catapult was no match for Goliath’s machine guns.

Nevertheless, the Dutchman has sights on the bigger prize on Sunday and was chuffed that third on the grid means he will be on the grippy side at the start.

After claiming third, “That was pretty good. Just lacking a bit of rear grip in the lower speed corners. Overall I think it was a decent qualifying and let’s see how it goes in the race tomorrow because it’s very hard on tyres.”

Max’s best effort 1:27.678 was a tad under three tenths shy of Lewis Hamilton’s pole-winning lap time, the World Champions clearly unleashing something special on the day.

Max added, “I definitely think Mercedes picked up their pace today, so even tomorrow will be hard to beat them but we have different tyres available, so let’s see if that works to our advantage or not.

“I hope it will be an exciting race. I just try to focus on myself and stay close to the Mercedes cars. I’ll see if somebody can follow us.

“It’s very hard on tyres here so hopefully we’ve made the right compromise on that. We have different tyres to choose from so hopefully that works to our favour but we’ll see,” explained the Dutchman.

Alex Albon recovered from his big crash on Friday to post the fourth-best time, albeit six tenths down on his teammate in the sister car.

Team boss Christian Horner summed up, “It was a solid qualifying session from both drivers with third and fourth our best result at this circuit in the hybrid era. We thought we might be able to split the two Mercedes with Max but we just missed out by a tenth in the end.

Nonetheless, Max in third and a good qualifying for Alex to line up alongside him in fourth are great starting positions for tomorrow’s Grand Prix, especially at a track where overtaking is possible, so hopefully, we’re set up for an exciting race.

It was a good recovery for Alex, particularly after yesterday’s incident, and with fourth he matches his best qualifying result of the season,” concluded Horner.