Ferrari: We can expect a difficult race 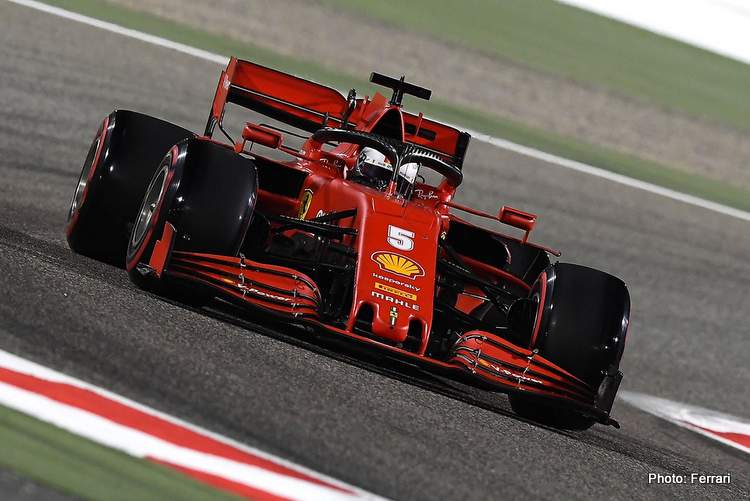 The end of 2020 cannot come fast enough for Ferrari to bring an end to one of the most miserable seasons in their illustrious history, their lame donkey of a car has done their drivers no favours this season and in qualifying for the 2020 Bahrain Grad Prix both Red cars were doomed with Q2 exit.

The clocks don’t lie, when the chips were down Sebastian Vettel’s best effort on the day was a 1:29.129, only good for 11th and a couple hundredths better than Charles Leclerc in the other donkey.

Both Ferrari drivers, among the cream of today’s crop, continue to struggle to understand how to make the SF1000 work, and whatever development bits they have bolted to it has been a waste of time and money.

Speaking after another sad Saturday, Sporting Director Laurent Mekies said of his team’s plight, “As expected, given how free practice went yesterday, this was a tough qualifying for us. As has been the case all season, the gaps between us and our closest competitors are pretty small but we were missing a few tenths to make it to Q3.

“The red flag early in Q2 certainly did us no favours, as Charles was on a really strong lap at the time. In terms of tyre usage today, we were thinking of the race and we hope that choice will work out tomorrow.

“We can expect a difficult race given our grid positions but there are around a dozen cars that all have quite similar pace. In a race in which we can expect more pit stops than usual the various strategies could open up opportunities and tyre behaviour will clearly be one of the key factors.

“The slightest detail could make the difference and, as usual, we will try our utmost to bring home as many points as possible.”

Seb reported after the evening session at Sakhir, “Being able to do just a single lap is never ideal and that was clearly the case in Q2 today. We missed the cut to the next stage by a little over a tenth, but on my only quick lap, I first had George Russell ahead of me, which stopped me getting a tow from Charles, and then I didn’t manage to have a perfect second sector.

“That just adds to the disappointment because even if we expected to be in the midfield here, we could just as easily have been in the top ten rather than on the sixth row.

“All the same, I am confident that the team can still bring home a good amount of points tomorrow. Because of the track characteristics, the race will be mainly about tyre management and I think that we can do something good on that score. We will have to be as sly as a fox, be patient and make no mistakes,” added the German four-time F1 World Champion.

Thus the sixth row of the grid on Sunday will be all Red, with an unhappy Charles lining up 12th, “I feel I could have done a better job here and there, so I cannot hide the fact that I’m disappointed not to make it to the top ten.

“It’s going to be a tricky race where tyres will overheat quickly so managing them will be key,” added Charles who last year, in Bahrain, was third behind the Mercedes duo, unlikely to be the case this year barring a miracle.