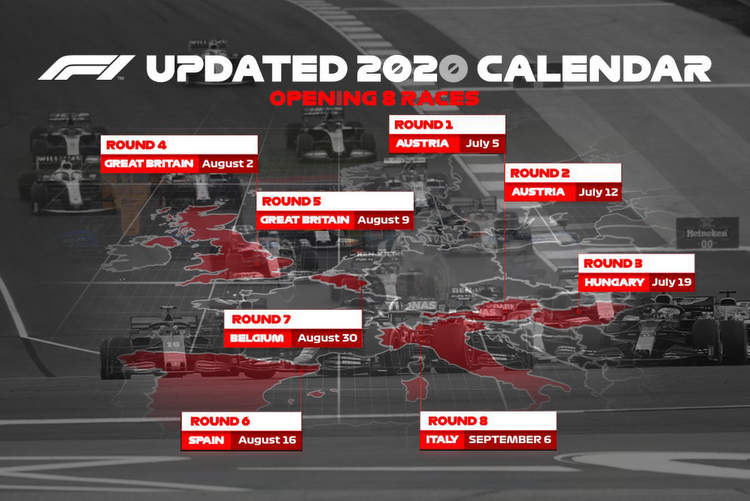 Formula 1 is counting its blessings as it prepares for a triple-header of races in the Middle East to end a 2020 season some had feared would be stalled at the start by the COVID-19 pandemic.

The 17-race championship, cobbled together in place of what would have been a record 21-round schedule, is the slimmest since 2009 but a more than respectable effort in the circumstances.

“We are pretty lucky to have had a season at all,” Haas F1 boss Guenther Steiner told reporters on Thursday ahead of the Bahrain Grand Prix.

“We kept the sport going… I wouldn’t say a good year, but it wasn’t a bad year. It could have been a lot worse. I think it was a great job…”

Back in March, after the scheduled Australian season-opener in Melbourne was cancelled due to the virus, former supremo Bernie Ecclestone said he would have declared ‘game over’ and focused on 2021.

The season eventually got going in July, with teams operating in isolated ‘bubbles’ and working around lockdowns and travel restrictions through charter flights and COVID tests every five days.

The titles have been won by Mercedes and seven-times world champion Lewis Hamilton but the remaining races in Bahrain and Abu Dhabi are still vital for teams who need every penny of revenue.

McLaren’s Lando Norris, whose team were the first to furlough staff back in April as revenues plunged, said he was surprised how it had worked out.

“I think everyone’s a bit surprised that we’ve managed to get 17 races done in the end of the season,” he said. “In March, April or May I don’t think anyone was expecting to do that much racing throughout the year. I didn’t expect to do 17 at all.”

Ferrari’s Sebastian Vettel said that, given the circumstances, Formula One and the governing FIA had “done a tremendous job to get us going and get us literally on the track.”

The season has been confined to Europe and the Middle East, with traditional highlights like Monaco cancelled, and some new circuits have joined others recalled from the sidelines to fill holes in the calendar.

Some like Silverstone, Austria’s Red Bull Ring and Bahrain, have hosted two races each — all behind closed doors – to get the numbers up.

Only three of the races took place on the dates originally envisaged when the calendar was drawn up in 2019.

Formula 1’s revenues have taken a huge hit but the sport, which is planning for a record 23 races next year and the return of crowds, says viewership has risen.