Wolff: We’re still going to give it our best shot 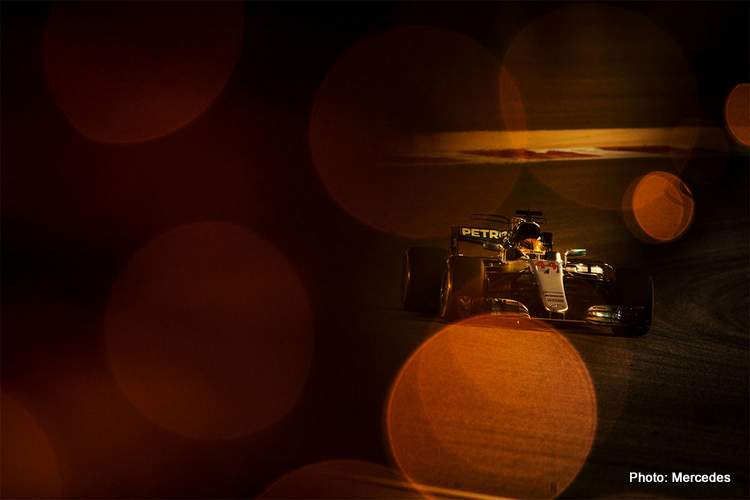 While the 2020 Bahrain Grand Prix and the subsequent two races are dead-rubbers in terms of the Formula 1 World Championship, with Mercedes constructors’ champions and Lewis Hamilton world champ for the seventh time, but that will not deter them from seeking victory in the desert on Sunday.

The aftermath of Turkey was bittersweet, their star driver’s famous win was one for the ages while their number two Valtteri Bottas simply crumbled when he really needed to bring his A-plus game to Istanbul, instead, the gulf between the pair was cruelly exposed during a tricky weekend, race day in particular.

Now two weeks later, heading to Bahrain it will business as usual for the Champs – seeking victory – while Valterri has to some serious damage control to do and at least line himself up for a positive end to his season, as he reloads for 2021.

Ahead of the first of the double-header weekends at Sakhir, team boss Toto Wolff said in the team preview, “We witnessed something truly remarkable at the last race in Turkey with Lewis winning his seventh Drivers’ Championship. And the way in which he did it was spectacular.

“In general, it was a difficult weekend for us as a team and a big challenge for everyone, but Lewis did an outstanding job to come from sixth on the grid to take victory and he has cemented his position among the all-time best sportspeople in the world.

“We had some mixed fortunes as it was a tough weekend for Valtteri, but we know how resilient and strong he is. I know he will bounce back stronger in these final three races.”

Indeed, Valterri started the season with a bang by winning the opener as Lewis made a rare fumble. But, thereafter, Bottas won only one more race while his teammate added ten victories to his repertoire. It was game, set and match a long time ago.

With nothing to play for in terms of the big-prize, at this stage of the season, all eyes will be in the contest for third place which is still all to play for.

Mercedes have won four times in the past six years in Bahrain, with Ferrari getting a look-in twice since 2014, Wolff continued, “Now we look ahead to Bahrain and returning to a familiar circuit. We’ve enjoyed some strong performances in Bahrain in the past and it’s always a track that produces interesting racing.

“Both titles may have already been decided, but we’re still going to give it our best shot and we will be following the intense battle for P3 in the championship with interest,” added the Mercedes team principal.

Currently, Mercedes powered Racing Point are third in the constructors’ standings with 154 points, followed by McLaren with 149 and Renault on 136 with three rounds remaining.