Verstappen: It doesn’t really matter, a second or third 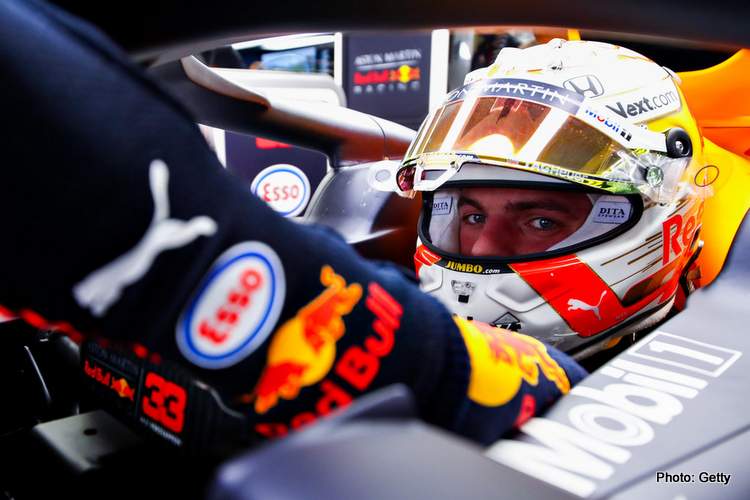 Max Verstappen is all about winning, minor places don’t interest him and thus each grand prix Sunday he sets out to tackle the race by delivering the best he can with what he has at his disposal from Red Bull and Honda.

Out the box, from the beginning of the season, the RB16 has been troublesome, unlike its predecessors this one did not get much better as the season progressed and only Max’s genius has made things happen.

How bad is the car? Ask Alex Albon.

For the Dutchman, the Bahrain Grand Prix provides him with another opportunity to challenge for victory provided he has the ammo to do the job.

Asked by reporters ahead of the race weekend at Sakhir if he could beat the dominant Mercedes team, “It doesn’t really matter, a second or third. I just want to have a good result. If it means that at the end you are third in the championship, but you had a few positive races to finish the season, I’m happy with that.”

Max wears his heart on his sleeve, and it was clear from race one he did not have the goods to take on Mercedes in a fair fight. Honda, the design team or both failed him.

He recalled, “The first race was quite clear that we were too far off. And why? I mean, that I don’t know, because otherwise we would have changed already if we knew why.

Turkey was a wet weekend where updates were hard to evaluate under the circumstances and limited dry running; Max did run some new parts and explained, “It’s always difficult to say, because of the conditions, but I tested a few new parts, and they were definitely positive.

“So I’m just looking forward to come here to Bahrain, where of course we have a bit more information already with these cars and the last few years, so I just want to see how it works here. But I’m confident that it can be good.”

Max only has himself to blame for not making the most of the conditions in Turkey, a couple of weeks ago, as the race had his name on it until his pole attempt was thwarted on Saturday, and he seemed to take that badly, consequently he delivered a poor show relative to what he is normally capable of in challenging conditions.

He admitted, that the race was “not so lovely.” And added, “It can happen sometimes. First of all, it was a bit of a shame. I was really looking forward to being in Turkey. But the track surface was, of course, a disaster, in terms of grip. So that was not nice.

“But from the race itself, what can we learn? Well, there are always things to learn in every single Grand Prix, but it was just one of those days where everything just seemed to go wrong. I had that spin, flat-spotted tyres.

“And then from there onwards, there was also only one line you could drive, so you couldn’t really fight, you couldn’t really pass. And then the track wasn’t really drying enough to go on slicks. So honestly, just an annoying day, and not the result we wanted, of course. But sometimes it’s like that.

“I think up until then, we had a lot of good results. And it was always happy times. So sometimes, you will have a weekend again, where nothing really works perfect. Friday, and of course, the beginning of Saturday, were good.

“Sometimes you have those results on a Sunday, where it just doesn’t work out for you, for a lot of reasons,” added Max who lies third in the championship with three rounds to go.