Perez: I can imagine a life without motorsport 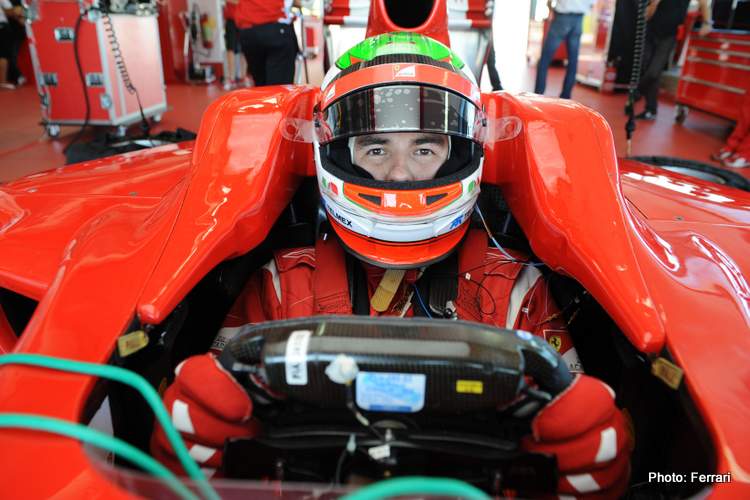 Sergio Perez has one option to remain on the Formula 1 grid beyond 2020, that is if Red Bull tear-up their youth policy and programme to slot the veteran Mexican in alongside their prodigy Max Verstappen.

Facts are that the Dutchman has made mincemeat of anyone that they put in the sister car, significantly Pierre Gasly (in retrospect) and Alex Albon currently lacked and lack the experience not to be intimidated by the guy in the #33 car.

Hence Perez, a driver capable of bringing it home when all else fail, but never really handed a decent piece of kit to do the job. One would venture it worth a risk for Red Bull who simply have no one else to put in the car, other than continue the abortive Albon-experiment or risk another promotion for Pierre.

As it stands the smart money is on Sergio not getting the nod but, with Helmut Marko and the gang, you simply never know until they make that call.

However, the veteran of 188 Grand Prix starts is adamant that there is life beyond F1, indeed racing, “I think if I don’t have F1 next year I don’t see myself doing anything else.

“I’ll take a year to consider what I want to do if I really miss it. Most drivers, they retire, then six months they come back and want to drive whatever is available!

“I have to see. I’ve never experienced that. My whole life I’ve been into this so I have to see, also life out of the sport, how is it, how it suits me, then see if I miss it or if I want to carry on with that life. I have a lot of interest in other stuff, away from racing.

“I think obviously I’m still young, I could see myself later on doing other businesses away from motorsport, not in my 30s you know, but if that comes early I’m happy to consider that option as well.

“I have my family, I want to see my kids growing up, other things you know, I can imagine a life without motorsport,” added Sergio when speaking to reporters ahead of the Bahrain Grand Prix weekend.

Sergio’s F1 career never really recovered when he chose McLaren over Ferrari to step up to a top team after an impressive showing at Sauber in 2012; whereupon he ditched not only the Ferrari-powered Swiss team but also nullified the investment Maranello put into him through the FDA (pictured above).

He was being groomed for the Scuderia and was the next in line to replace Felipe Massa in the team, to join Fernando Alonso in Red. But Ron Dennis came calling and the rest is well-documented history.

Had Sergio waited a year longer with Sauber, the seat would have been his, but history had it that Ferrari settle had to settle for a second-hand Kimi Raikkonen. Thereafter the Mexican’s career imploded.

It was the wrong decision and he has paid the price ever since. Thus a call from Red Bull now would be well-deserved redemption.

Speaking to reporters ahead of the Bahrain Grand Prix weekend, Sergio explained the current situation regarding Red Bull, “I think right now we’re just waiting on the decision, what they decide to do, so that’s out of my hand.

“There’s only one option [Red Bull], I’ve said it before. I’ve been here so many years. I want to keep going, I think I’m at the peak of my career, but also want to keep going with a reason, with a plan, with a good project. I think if there’s not a good one that keeps me motivated to give my 100 per cent, I would rather not have it.

“I’m just approaching these three races as usual, just focusing on my job, keep delivering, and the rest is out of my hands.” insisted the 30-year-old, which means Red Bull or nothing.

Heading to Bahrain, Sergio lies fourth in the 2020 F1 drivers’ championship despite missing two rounds earlier in the year due to contracting COVID-19. Racing Point will morph into Aston Martin next year, with Sebastian Vettel replacing Perez to join Lance Stroll for the team’s new era.