Hamilton: I don’t know that Ferrari and my values are aligned 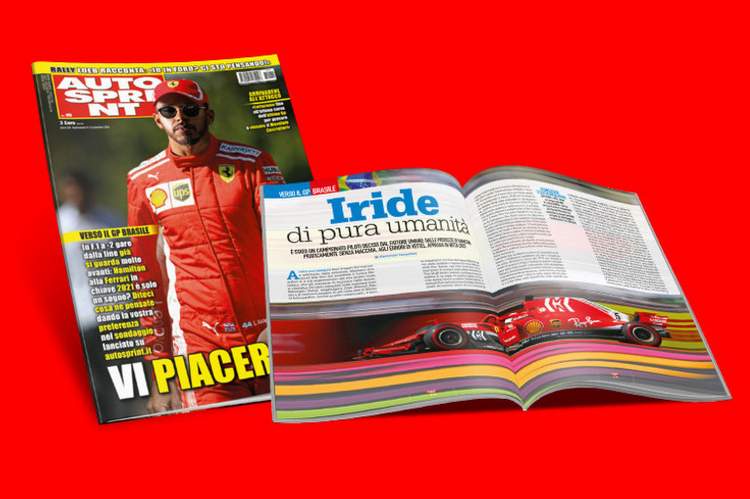 Over time speculation linking Lewis Hamilton to Ferrari has cropped up on more than one occasion in the media, authoritative Italian magazine Autosprint even going so far as to publish a cover depicting the seven time World Champion in the Red of the Scuderia.

It was widely reported earlier this year that the seven-time F1 World Champion met Ferrari scion during a social function, although much was made of the encounter, in the end, there was no smoke let alone a fire.

While Italian media dreamed of the partnership, Lewis himself doubts that it would have been a match made in heaven and he is adamant that he is bonded to Mercedes for life.

Ahead of the Bahrain Grand Prix weekend, Lewis told reporters, “I was never close at all to ever leaving my team. I think it’s only right that as drivers and as people when you’re looking at your next phases and committing to periods of time in your life.

“You have to analyse what your options are and make sure you have done your due diligence and have the pros and cons. I don’t know that our values are aligned, and timing… it just wasn’t meant to be,” ventured Lewis on the Ferrari move that never happened and is unlikely to do so in the future.

“I’m not bothered by it. I’m so proud and grateful for the journey that I have with Mercedes. I think this is the only team in the history of the sport where you’re long-life family member,” insisted the Briton whose 94 victories in the top flight have all been powered by Mercedes.

“If you look at all the greats who have been there their whole lives, they’ve been a part of Mercedes, the Mercedes brand. You’re part of the road of evolution and they include you in the family forever.

“So that’s something, that’s loyalty, which I have tattooed, which is a huge part and such an important value to myself,” concluded Lewis on the matter.