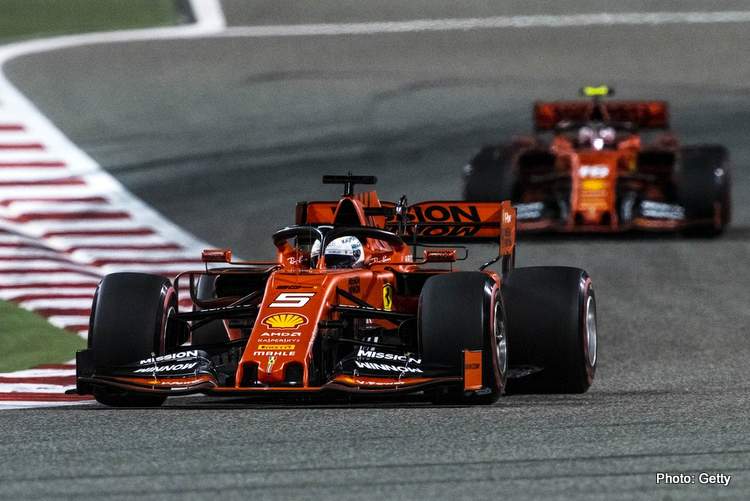 The 2020 Formula One World Championship is set for a sprint finish over the next three weekends as the drivers prepare for back-to-back races in Bahrain followed by a familiar finale in Abu Dhabi.

Lewis Hamilton’s seventh title has been wrapped up courtesy of victory in Istanbul, and there is very little reason to oppose the Brit in the race winner market this week. He is priced up at around 4/11 to make it five in a row.

Hamilton, who is in line for a knighthood in the New Year’s Honours list, lapped Valtteri Bottas two weeks ago and the Finn has work to do in order to fend off Max Verstappen and secure the number two spot in the Drivers Championship.

Bottas last won in Russia at the end of September and is 4/1 this week, which is the same price that was available on him for the Turkish Grand Prix. Any hopes of a slight drift on the 31-year-old have not been realised.

There is, however, a bigger price available on Verstappen. You can get 13/2 on the Dutchman who is 27 points behind Bottas and can still usurp his rival.

No other drivers are under 50/1 for the win despite the fact that both Racing Point drivers were in contention last time out but Lance Stroll couldn’t convert his pole position.

Daniel Ricciardo has earned the right to be the fourth favourite for a top-three berth but the Aussie could only scrape a point in Turkey which did not help his cause in the race for fourth in the standings.

The Renault man is 3/1 for a podium spot, while Charles Leclerc is 4/1 with Paddy Power and you can get 9/2 on Sergio Perez.

Even though Sebastian Vettel, who has four Bahrain triumphs to his name including two with Ferrari, earned his first podium of the season in Turkey, you can get 25/1 on the German to repeat that achievement in the fifteenth round of the campaign.

It is perhaps a surprise to see Vettel at such a big price, especially when compared with Alexander Albon at 10/1.

Stroll is 20/1 for the top three, and Vettel is joined at 25/1 by Pierre Gasly, Lando Norris, and Carlos Sainz.

Even if a podium finish for Vettel might be a big ask, the 5/6 quotes about him to end up in the points is surely a fair price.

Only the Williams pair, George Russell and Nicholas Latifi, are without points this season, and as usual, it is Russell who is given the bigger chance as far the oddsmakers are concerned.

Russell will want something to show for his impressive year and he is backable at 9/2 to manage a point in Bahrain. Interestingly, he was a bigger price for Turkey and finished 16th, but his odds have been cut nonetheless.

Kevin Magnussen and Romain Grosjean both failed to finish in Istanbul, and unsurprisingly they are co-favourites in the first driver retirement market at 9/1 apiece.

Antonio Giovinazzi was the first to retire with a gearbox problem a fortnight ago, and that made it three DNF’s this term. He is 11/1 to be first out on Sunday, and 9/4 to not be classified.

The over/under line for total number of finishers is set at 16.5. Last year in Bahrain, the under would have landed, as Grosjean, Sainz, Ricciardo, and Nico Hulkenberg could not complete the 57 laps.