In the Pitlane: Are Liberty Media on the right track? 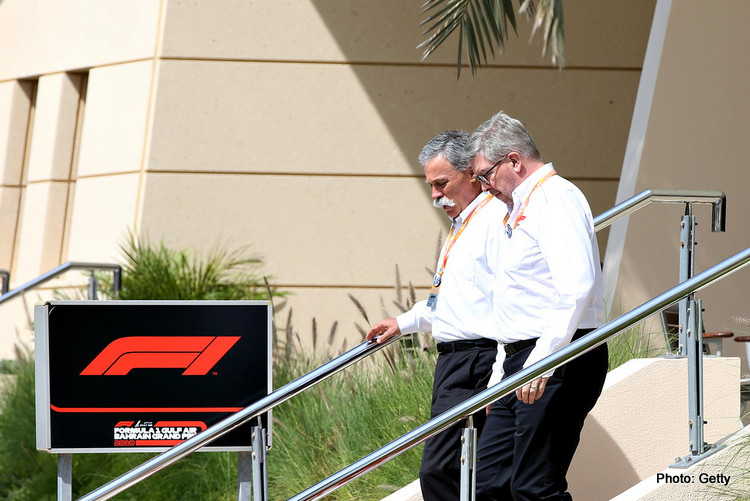 The pandemic has taken its toll on Liberty Media’s finances with the announcement of a loss of $104m in the third quarter of 2020.

In a statement, the company blamed the pandemic and also noted its payments to teams were up from $335m in 2019 to $440m in 2020 “due to one-time fees paid to teams upon signing the new Concorde Agreement.”

So, you would be forgiven for thinking this is extortionary times we live in and normal service will be resumed post-Covid, think again.

Something Liberty blames on investments in several areas, including the F1 eSports championship, an online streaming service, and a series of street demonstrations.

In February of this year, Liberty announced 2019 had been a profitable year with revenues up and the aggregate Grand Prix attendance rising two per cent to 4.2 million, F1’s social media following increasing by 33 per cent to 24.9 million, and cumulative TV viewers up nine per cent to 1.9 billion.

Such good news resulted in him receiving a salary package of $44m in 2019.

So, with all the positive numbers and with a turnover of $2bn (80% can be attributed directly to F1) you would expect bumper profits.

Well, Liberty posted a tiny profit of $17m – a miserable 0.85% profit margin hardly worth getting out of bed for. The old saying, “turnover is vanity, profit is sanity” comes to mind.

Contrast this with previous owners CVC Capital Partners, who as an example filed accounts for the year ending December 31, 2014, showing operating profits of $519m from its investment in F1.

So how has Liberty reacted?

Firstly, it has added debt, at the start of the pandemic, it secured an amendment to the conditions on a $2.9b loan which allowed an additional $500m credit facility.

Then at the beginning of November, it issued $800m in an ‘upsized exchangeable debenture offering’, only the accountants understand the intricacies of that financial instrument!

Secondly, it has decided to increase the calendar in 2021 to a staggering 23 races including two triple headers.

Liberty has chosen not to reward some of the circuits loved by the fans that came to their rescue this year and instead will proceed to collect the big bucks from circuits often financed by questionable regimes that include Bahrain, Azerbaijan, Russia, Abu Dhabi, China, and now Saudi Arabia.

The calendar will place considerable strain on the teams and limit some circuits earning potential to two days instead of three. It must be noted that many circuits receive tourism subsidies from their respective governments and a two-day race weekend equates to a potential 33% less tourist spend.

Then there is the most important ingredient in F1’s ecosystem, the long-suffering fans. Apart from the diehard fans, it is a big ask for the majority to commit so much precious leisure time to watch the races especially if 2021 turns out to be as expected: another Mercedes snooze fest.

Doesn’t Liberty realise the damage to fans, teams, and circuits?

Liberty argues they must grow their fan base globally and to achieve its objectives F1 is eyeing races in further regions.

Thirdly, Liberty continues to pursue the dream of TV riches.

Liberty paid $4.6bn to purchase F1, lured by the TV money and the pot of gold a new streaming service would bring the so-called D2C (direct to consumer) business model.

Liberty’s F1 OTT streaming service has been plagued by technical difficulties and is a long-term work in progress.

Liberty owns the baseball team the Atlanta Braves who play in the Major League Baseball series and this has given them hope.

The upshot for MLB is revenues increasing from $1.5bn to over $2bn per annum, no wonder Liberty thinks there is ‘gold in them thar hills’.

Although the pandemic has resulted in hundreds of job losses at ESPN it has increased subscribers from 8.5 m to 10.3m.

Disney has decided to prioritize its D2C business with chief executive Bob Chapek stating, “It’s very clear to us that new content adds subscribers. So, I think you’ll see a continued increase in investment in our direct-to-consumer platforms.”

On this front, ESPN pays a staggering $2bn a year for the National Football League rights to show Monday night football games, which is equivalent to Liberty’s total turnover.

ESPN is upping the stakes and increasing their offer by a rumoured extra billion dollars to secure the Sunday night football package.

However before Malone and Maffei get too excited, Disney may have revenues in D2C of $4.9bn but it has just posted a quarterly loss of $580m!

Undeterred by its losses and the example of Disney’s financial predicament, last week Liberty launched a ‘special purpose acquisition company’ intending to raise $500m to take advantage of investment opportunities as a result of the pandemic.

So, Liberty soldiers on increasing its borrowings in uncertain times, maximising the number of races regardless of the consequences, and chasing the TV money.

Liberty is banking on now the investment has been made into the relevant areas of the business that profits will flow.

On a footnote: maybe financial salvation will come in the shape of the new unisex perfume range launched by F1, with a 75ml bottle selling for a snip at $250!