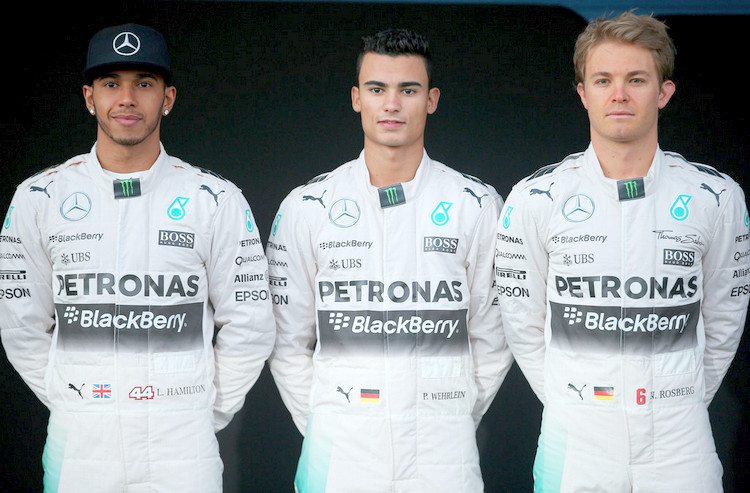 Former Mercedes junior Pascal Wehrlein says he was passed-over for a promotion to the Formula 1 team in 2017 due to a lack of experience, with the job instead going to Valtteri Bottas.

The youngest-ever DTM champion when he won in 2015, Mercedes gave Wehrlein a F1 drive with Manor in 2016, ostensibly to prepare him to eventually replace then-incumbents Lewis Hamilton and Nico Rosberg.

However when Rosberg shocked the world by retiring immediately after winning the 2016 driver’s championship, Mercedes instead opted to go with Williams’ Bottas, while Wehrlein was given one more year in the sport with Sauber before the team cut ties with him completely in 2018.

Speaking about his time with Mercedes to Sport1, Wehrlein said he was seriously considered for Rosberg’s job, but Bottas’ four-years in F1 made him the safer bet.

“At that time it was between Bottas and me,” he said. “In the end, Bottas won the contract. The reason was that at that time I had only been racing in Formula 1 for a year. Because of this, I had relatively little experience.”

Scoring Manor’s only point of the 2016 season, Wehrlein maintains he did enough to impress in what was widely agreed to be the worst car on the grid, although his results pale in comparison to Bottas, who had 85 points and a podium at the Canadian Grand Prix.

“Nevertheless, I would say that the year was very good,” he suggested. “Manor was a team that had very little money and resources and was also unable to drive a year later. We did a great job and even scored points. It was a good year, but one year of experience in Formula 1 is not much.”

After two years in Formula E with Mahindra, Wehrlein will be joining Porsche team for the 2020-21 season, and says he gets more satisfaction out of racing in the all-electric series than he did in his time at the back of the F1 grid.

“Equal opportunities in Formula E is the cool thing for the driver,” he explained. “For comparison: In Formula 1, the time between the first and the last is three or three and a half seconds. The car makes up the largest part of this. In Formula E, the distance between first and last place is between half a second and one second, and here too the driver makes up about half a second from first to last. That makes it very interesting.

“On a good weekend you can win races, but on a bad weekend you can quickly end up in the last five places. You have the idea in your head that you are racing against the whole grid, not just a few individual drivers. Sport should be such that everyone has the same chance of winning.”