Sainz: 90% of drivers wouldn’t beat Hamilton in the same car 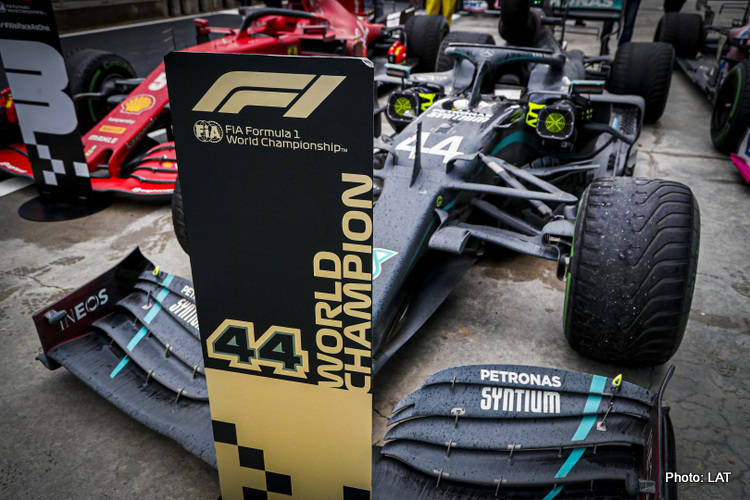 McLaren’s Carlos Sainz has weighed-in on the debate surrounding Lewis Hamilton’s success at Mercedes, suggesting most Formula 1 drivers would have a hard time as his teammate.

Asked about Max Verstappen’s recent remark that “90 percent of the field could win in that car”, Sainz indicated that while there was some truth to his former teammate’s words, it neglected the reality that they would be sharing a garage with the now seven-time world champion.

“I agree with Max that 90 percent would probably win in the Mercedes, in the race and qualifying,” he told motorsport-total.com. “But if you put half of the field against Hamilton in a Mercedes, then 90 per cent of them would not beat him.

“If you take Hamilton out of the competition, however, then everyone in the current field would probably win in a Mercedes. That describes quite well what is happening in Formula 1 today, but also that Hamilton is one of the very best – even if he has the best car.”

Expanding further, Sainz explained that the edge Hamilton has over current teammate Valtteri Bottas has more to do with what the former possesses than what the latter lacks.

“I look very carefully at how Hamilton delivers under pressure. How he manages to master all sectors so well in Q3 and to take pole position, even if he only has a small lead over Bottas.

“In Austria [during qualifying for the Styrian Grand Prix], he beat Bottas by a second and a half in the rain. He can do things that not everyone can do. But I would have to be his team-mate to give even more details.

“Hamilton seems to be one of the best drivers of all time to me. I know that even without being his teammate.”