Leclerc: I’m a stronger driver now than at the start of the year 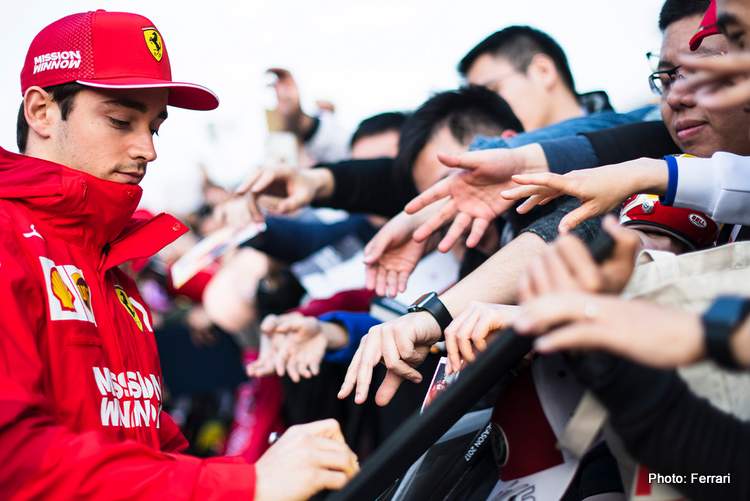 While Ferrari have failed to produce a decent car for Charles Leclerc this year, the young Monegasque is extracting the maximum out of the package he has at his disposal, putting the SF1000 in places it does not belong.

Apart from the anomaly in Portugal, Charles has humbled Sebastian Vettel this season. As a result, his shares have soared and, despite the lack of wins and indeed the struggle for podiums, he is content with his performances.

Leclerc revealed to MotorsportWeek, “I’m happy, I’m satisfied with the way I have improved as a driver since the beginning of the season.

“Especially tyre management, I think that was one of my weakest point last year. I put quite a lot of effort in that and it seems to be better now. This is a positive. I think it is in the toughest moments you get even close within the people that are working with you and I think this is exactly what is happening.

“We are trying to help the team as much as possible to come back to where we want to be and I think this is creating some strong links for me and the future with the team. This is good, and I hope this difficult situation will be as short as possible.”

Lack of pace means Charles is toiling in a frantic midfield, but he sees the positives in his current situation, “As in difficult times I found my determination in other ways, focusing on myself, trying to improve even though it is not to fight for podiums or wins, we are fighting for lower positions.

“But at the end, it matters as much for me, then in terms of patience, I don’t think I was a very patient guy in the past but now I have to be in the situation I am in now, and I feel like I’ve improved on that too.

“Yeah, I’m a stronger driver than where I was at the beginning of the season,” added Charles, who lies fifth in the championship standings with nearly triple the amount of points his teammate has been able to score this year in the sister car.