How different will Fernando Alonso be when he returns to F1? 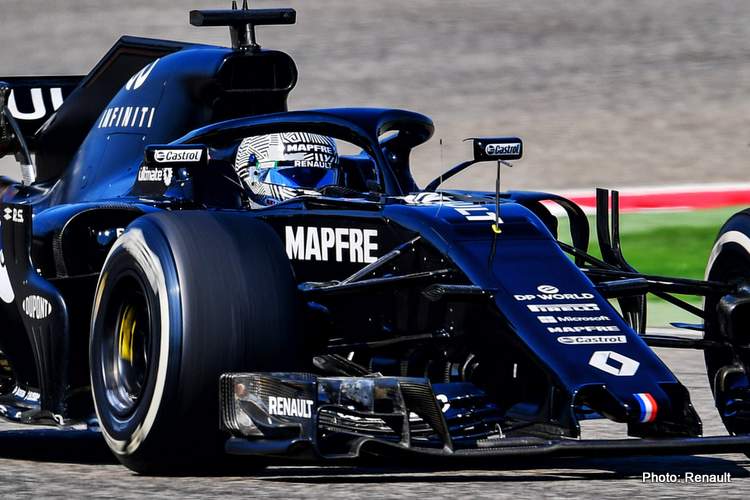 The news of Fernando Alonso returning to the Formula 1 next year, after two seasons away, is making the fans wonder how will the championship look like, and how different will he be?

He set a few records in F1 for being the youngest, but he is turning 40 next year.

Former F1 champion in 2009, the British Jenson Button recently said that “he’s going to be very different”, speaking of Alonso. Button thinks that the Spaniard realized how good F1 is, and that made him come back.

“Fernando will come back a better driver as well, I think. Whether he’s more skilled as a racing driver, or if it’s the way he works with the team. It will be interesting to see, because ‘the Fernando’ from four years ago or three years ago, you wouldn’t want in your team. But now I think he’s much more of a team player and understands that it is necessary to succeed,” in Button’s words.

OK, so that is another big name voicing the nature of the pilot Fernando Alonso, who is seen as being self-centered. Or at least it was regarded that way.

During his spell away from Formula 1, Alonso won the Le Mans 24 Hours for a second time (the first time in 2018) and the FIA World Endurance Championship, both with Toyota. The F1 champion from 2005 and 2006 also took part at the Dakar Rally in 2020, where he finished 13th, and in Indianapolis 500.

But will the double champion have success in the next two years for which he signed up along with the Alpine F1 Team? He will be driving a Renault R.S.18., of which he said earlier this month that “it was love at first sight”. And he has nice memories with Renaults, winning both titles with the French team.

If you are one of the fans who think Fernando Alonso will have a successful comeback, you can take advantage of the excellent Sports Odds at Unibet, like +2.000 for Fernando Alonso to win a race next year, and +500 for the champion to finish at least two races on podium.

His team is based in the United Kingdom, and owned by Groupe Renault, and his partner will be the 24 years old French driver Esteban Ocon. Ocon hasn’t won any race up until now, out of the 64 started since 2016. Alonso will replace another current Renault driver, Daniel Ricciardo, who will move to McLaren from 2021.

In September, Alonso explained that he chooses to make the comeback because of the regulation changes, which made the sport look more “attractive”, and “the most attractive” option on the table for his future.

These changes were postponed for 2022 meanwhile, but this didn’t stop Alonso, who will use the 2021 season as a preparation for the second one: “In the end, I decided that the best thing was to be inside to prepare as best as possible for 2022 and not spend so much time out”.

In November, Alonso said that he indeed talked to a few other teams before rejoining Renault: “I talked to a few teams, but Renault was always the preferred choice for two reasons. One, in terms of expectations and building something from the midfield to the top, it was very attractive, very appealing. And secondly because I know everyone in this team. (…) I needed that time out and now I’m ready to give the maximum.”

Fernando Alonso will come back to F1 almost eight years after his last win, and here is from where he picks up: He is the third driver with the most starts (311), the sixth with most races won (32), and also sixth when it comes to podiums (97).