Grosjean: My generation never really got our chance 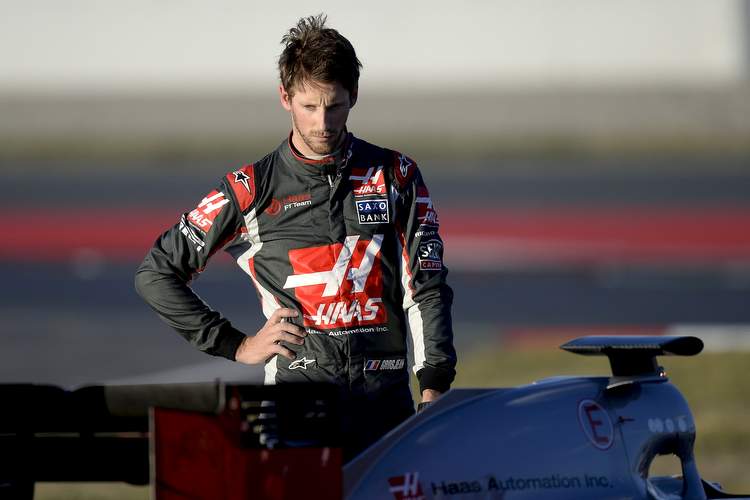 Haas’ Romain Grosjean suggests the stars were never aligned for him and his contemporaries in Formula 1, with timing favouring either older or younger drivers.

Born in 1986, Grosjean spent a seven-race stint with Renault in 2009 before being sent back to GP2, winning the 2011 title there before returning to the Enstone outfit (now known as Lotus) in 2012 at the same time the French manufacturer was removing its works-team status.

After earning nine podiums across 2012 and ’13, the results started to dry up in 2014 with the team lacking funding, and Grosjean has spent the rest of his F1 career battling in the midfield.

And while Grosjean certainly did himself no favours with a reputation for dangerous driving – including receiving a one-race ban after causing a multi-car pileup at the 2012 Belgian Grand Prix – the Frenchman has indicated things could have been different had he been born earlier or later.

“You know, if I think about it, maybe the 1986/87 generation was the wrong one to be in,” he told Sky reporter Natalie Pinkham on her podcast. “Paul Di Resta, Nico Hulkenberg, myself, even Sebastian Buemi a little bit; we all came at a time when the top seats were taken, the old guys wouldn’t leave Formula 1 yet, and the young ones came after and we never really got our chance. That’s just the way it is.”

Having spent the past five seasons at Haas, Grosjean and teammate Kevin Magnussen will both part ways with the team at the end of the season. Despite the lack of results, Grosjean says he is at peace with his time in the sport ending.

“There’s not much you can control about that, and having 10 years in Formula 1 has been incredible. I think I’ve achieved what I wanted to. Obviously you always want to be a World Champion but you discover that without the right tools there is no chance.

“Hopefully that will change in the future, because I think it would bring Formula 1 to a much better place if it wasn’t just dominated by one team.”

If there’s any regret for the Frenchman, he says it is the aforementioned financial difficulties with Lotus.

“Maybe the only regret I have is that Lotus went bankrupt in 2014 after a brilliant 2013 where we were on the right path, going somewhere well,” he admitted.

“I didn’t get an offer from a top team at the time, [teammate] Kimi [Raikkonen] went to Ferrari and I stayed at Lotus and we just went downhill. It’s then very hard to recover when you’ve been at a team close to the back of the field.

“I know I could have won some races. There’s not regret in not winning one because I know every time I had the chance I did everything I could. As I say, the only regret is that after 2013 I didn’t get the chance to have a car that was that competitive.”