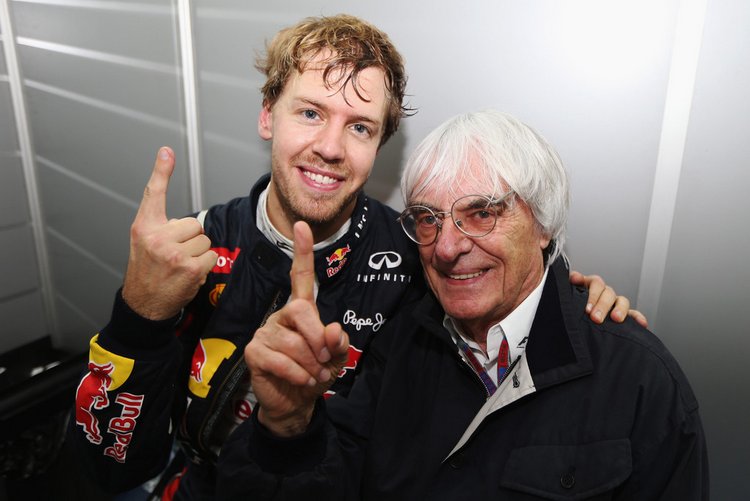 On 28 October, former Formula 1 supremo Bernie Ecclestone was in top form as he sat down with Sport1 for a lengthy interview about the sport, a highlight of which is his thoughts on Sebastian Vettel and how he helped the four-time Formula 1 World Champion remain in the top flight.

As is well known, Ferrari decided to ditch Seb at the end of this year, replaced by Carlos Sainz, which left the German without a seat for 2021 until Lawrence Stroll threw him a life-line by ousting Sergio Perez.

Thus Seb will spearhead the Aston Martin effort next year, with Mercedes power at his disposal for the first time in his career.

But the reality is that Charles Leclerc, even more so than Daniel Ricciardo before him, humbled Seb this season. Only the great drive, by the veteran in Portugal, where he edged past his teammate on the last lap to claim a well deserved third place.

Ecclestone said of the Ferrari scenario, “Leclerc is definitely a huge talent. as Sebastian Vettel was too, and still is. And he has more experience. So actually he should be leading but since he is not, there must be other reasons.

“Ferrari has always been a somewhat dramatic team where internal politics have always played a big role. It was actually only at the time of Michael Schumacher that everyone was pulling in the same direction.

“Fortunately, Sebastian Vettel has a new challenge at Aston Martin next year. Then he will respond to his critics and doubters, those who no longer believe in his abilities this year.”

Bernie and Seb are pals, they have holidayed together and both share a love for backgammon, they remain in touch, “We talk on the phone a lot. I listen to him and then give him my assessment of things. I also helped him get the deal with Aston Martin right.

“I pressurised Lawrence Stroll to take Sebastian. I told him how good he still is and that in the end, it will be a win for everyone if the deal goes through. I think my arguments helped convince him,” revealed Ecclestone.