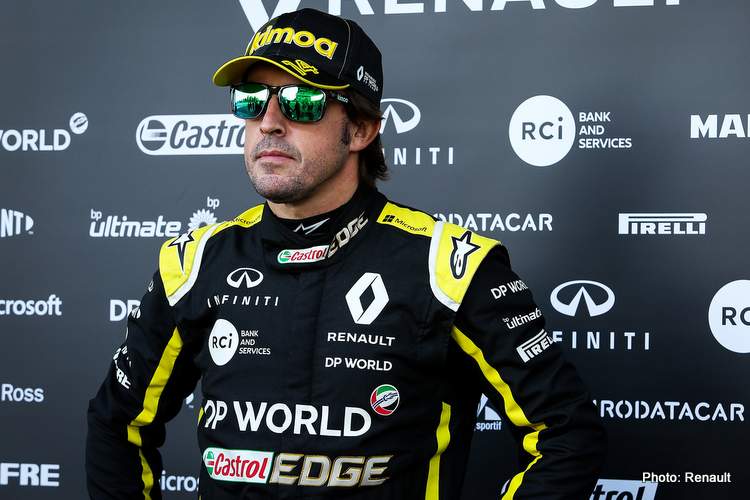 Marcin Budkowski has revealed how Fernando Alonso has already integrated into the team he will drive for next year, spearheading the Alpine F1 effort that will morph from the current operation.

The Renault executive director gave insight into the mindset and preparation behind Fernando’s much-anticipated comeback next year with a team that may well be among the front runners, or thereabout, next season.

He told GPFans, “[Fernando] takes every opportunity to drive… to get used to the team, the systems, the procedures, to fine-tune his seating position, the steering wheel, everything.

“He hasn’t driven the car for two years and they are bloody fast cars – sorry for the wording – and then he needs to get back in shape, get back in the rhythm so he’s taking any opportunity he can to drive.”

The Spaniard’s presence is also serving as a boost for the French outfit with who he won his two F1 world titles with in 2005 and 2006. There is history between them like family one could say, as Fernando’s astounding journey in the top flight goes full circle.

The Renault boss continued, “In terms of his enthusiasm, in terms of his determination, he’s been at the factory, obviously, to do some seat fittings.

“I took him around to show him how things had changed at Enstone since he was there a number of years ago and obviously a lot has changed since then.

“His motivation is incredible, he’s really asking everybody, pushing. You spend a few minutes with him and straight away you’re more motivated.

“It’s great for the staff to be exposed to someone like this who is not only a great champion but also is so motivated for next year and the next years to come,” added Budkowski .

Fernando is set for his 312th grand prix start when he lines up on the grid for the first race of the F1 World Championship next year.