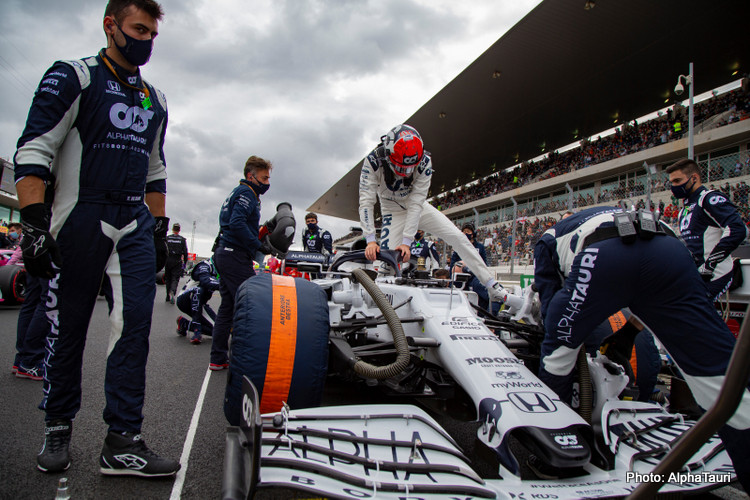 The investigation into the loose seatbelt of AlphaTauri’s Daniil Kvyat at the Portuguese Grand Prix found no significant safety issue, according to Formula 1 race director Michael Masi.

One of several safety controversies in recent races, Kvyat had reported during the race at Portimao that his seatbelt was “undone”, but was told to stay on track with 10 laps remaining.

Afterwards, F1’s governing body, the FIA, conducted an investigation into the incident, with Masi revealing last week in Turkey that Kvyat’s seatbelt was not undone, but that the Russian’s “terminology” had confused the issue.

“It was a discussion. His seatbelts, from the investigation and the discussions, were not undone,” Masi told Autosport. “I think that’s part of the terminology that was used.

“Yes, they were a little bit loose, and the team changed their processes around that. That’s where that’s at.”

Additionally, Kvyat himself confirmed the matter had been addressed by AlphaTauri.

“We had our in-team investigation regarding this, I think it’s been understood,” he explained.

“It’s been analysed and corrected – I think it will not happen anymore now.

“It wasn’t the best moment there, of course. But we prefer to keep it inside the team.

“We eliminated the issue. Now it’s not there anymore.”