Massa: Vettel’s time is over, Sainz can do a great job 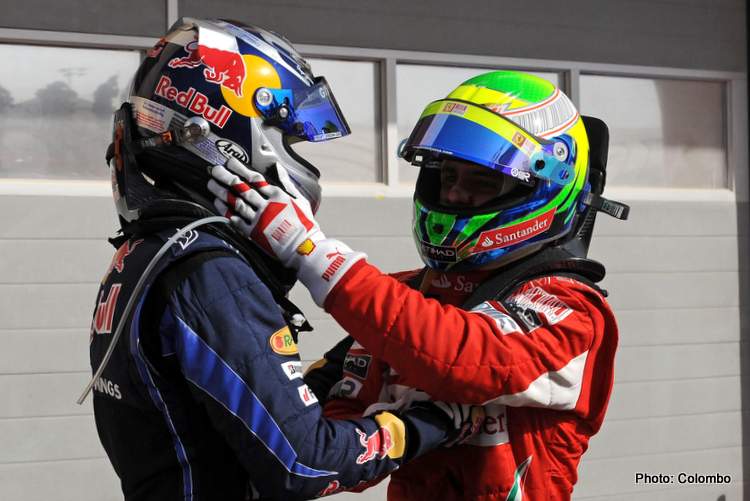 Ferrari’s nearly man, Felipe Massa believes his former team did the right thing to bring in Carlos Sainz to replace Sebastian Vettel at Maranello, the Brazilian claiming that the four-time Formula 1 World Champion’s best days are over.

This year Sebastian has been humbled by his younger teammate Charles Leclerc, although the German found redemption at the chaotic Turkish Grand Prix last Sunday with a podium, it was the only bright moment in a season packed with gloom.

His pace has been around half a second or more down on his teammate, while the results have been hard-earned, too hard-earned some say as his incident rate is among the highest of the drivers on the grid this year, too many mistakes and too many wayward moments for one so good.

Speaking to AS.com, “It is a very difficult time for Ferrari. It is sad to see them this way, with the problems they are having this year.

“Ferrari is a team that is obliged to be competitive and when it is not, it is a very serious thing, not only for the fans but also for the people who work within the team.

“I have also had difficult years, in which the car was not competitive, but nothing like this year. I hope the Ferrari situation will change soon, maybe not now, but in a few years.”

While the Ferrari power units were castrated once their ‘secret trick’ was factored out of the package, the real problem is the chassis which has proven to be woeful, difficult to drive and stubbornly oblivious to the updates thrown at it by the Italians.

Felipe continued, “It must be recognised that it is a very serious problem. The car is the most important thing. Without a competitive car, you cannot win and that does not depend on the drivers.

“On the other hand, I think Sebastian’s time is over because he is not doing the job that one expects from a four-time World Champion and I think the team had to make make a change.

“It is not the best time for Sebastian, he thinks that he is not being treated well and for the team, it’s not good to have a driver in this situation, uncompetitive. His departure was the best solution for both of them.

With Vettel, gone Ferrari are banking on youth with Carlos slotting in next to Charles to spearhead the great team’s next-generation which Massa has a good feeling about.

“I think that Sainz will be competitive,” predicted the Brazilian. “He has already shown his speed when he started in Formula 1, but especially in the last two years, getting good results with McLaren and I think he can work well.

“Charles is in a great phase of his career, so it will not be easy for Sainz, but he can do a great job and be strong with Ferrari,” added Massa, who spent eight years at Ferrari, winning eleven times in Red and coming agonisingly close to the title in 2008