Seidl: We definitely don’t have the third or fourth-quickest car 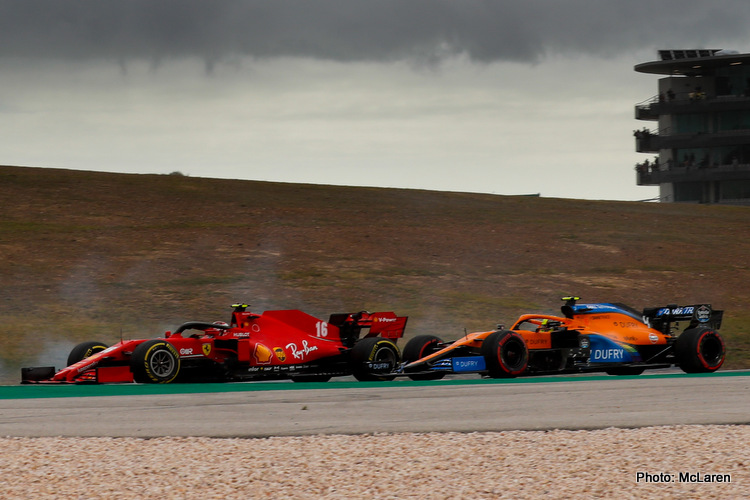 McLaren boss Andreas Seidl says his team has lost ground in the fight for third in the Formula 1 constructor’s championship, with matters further complicated by the resurgence of Ferrari.

Enjoying some strong results to start the 2020 season, McLaren seemed to have the best all-around package of the three contenders for “best of the midfield” compared to Renault and Racing Point, but have since seen the pecking order get significantly more muddled.

After Sergio Perez’s second in Sunday’s Turkish Grand Prix, all three teams now have multiple podiums, with five points separating P3 Racing Point from P4 McLaren in the standings, and Renault only 13 points further back.

Additionally, Ferrari are now only six points behind Renault after their 3-4 finish at Istanbul Park, which Seidl is taking as a sign the Scuderia has made significant progress.

“It was obviously great for us to score this result because it kept us in the fight in the constructors championship which is good,” he told reporters, including Grand Prix 247, after the race. “But we definitely do not have the third or fourth quickest car at the moment in this battle.

“And with what we have seen also from Ferrari, one more good result and suddenly the fight is between four teams for this third, fourth, fifth and sixth.”

Specifically in regards to the Scuderia, Seidl indicated he was not surprised by their rapid progress given the enormity of the resources at their disposal.

“I know what a team like Ferrari with all the resources they have can do and it’s not a surprise that they are coming back during the season,” he explained.

“We never underestimated the power that Ferrari has. They have two great drivers, also, and obviously a great team. So that’s the reality we’re in.

“It’s simply important to focus on ourselves, to see that we extract the maximum from what we can do with everything we have. We have a competitive car which is a great step forward compared to last year.

“But at the same time we have very strong competitors and we just hope we can keep this battle alive until the last race.”